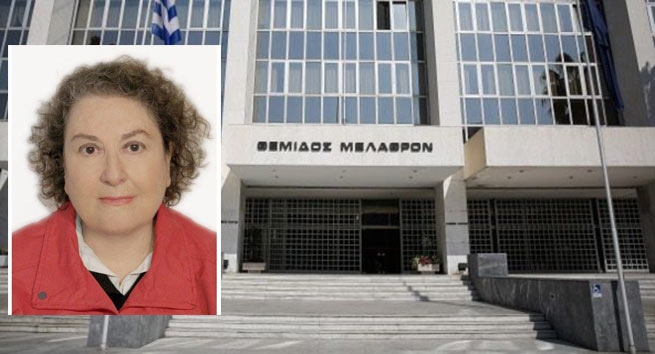 The Central Council of the Jewish Communities of Greece (KIS) reacted to the appointment of Judge Marianti Paguteli as vice-president of the Supreme Court of Greece, accusing her of anti-Semitism.

“The Central Council of the Jewish Communities of Greece expresses the strong indignation of Greek Jewry at the appointment to a high level of Greek justice of a person who cannot defend the declared position of the Greek state against anti-Semitism, especially as Vice President of the Supreme Court of our country,” KIS said in a statement. on Friday. “We express our confidence that Greek justice will protect the values ​​of democracy from the followers of intolerance and anti-Semitism.”

In 2007, during the trial of the infamous lawyer Konstantinos Plevris (father of the current Minister of Health Thanos Plevris) for his book “The Jews, the Whole Truth”, Paguteli, who at the time was the appellate judge, voted in a minority to acquit the writer.

In its statement, KIS recalled that “Paguteli has compiled an extensive 32-page justification justifying the anti-Semitic views of C. Pleuris.” Pagouteli was promoted on the recommendation of current Minister of Justice Costas Tsiaras.

Prominent journalist Mariana Pirgioti also reacted angrily to the appointment, as she well remembers Paguteli’s role in a lawsuit that called on members of the Jewish community to renounce the Talmud. According to media and social media reports, Paguteli also maintained a blog in which she systematically praised Hitler for the extermination of millions of Jews during the Holocaust. The blog has been closed.

It should be noted that objections to Pagouteli’s promotion on Greek social media have been ongoing since last week. A year ago, Minister Pleuris was forced to formally apologize to the Jewish people for his remarks about Auschwitz after the KIS’s harsh reaction to his appointment.