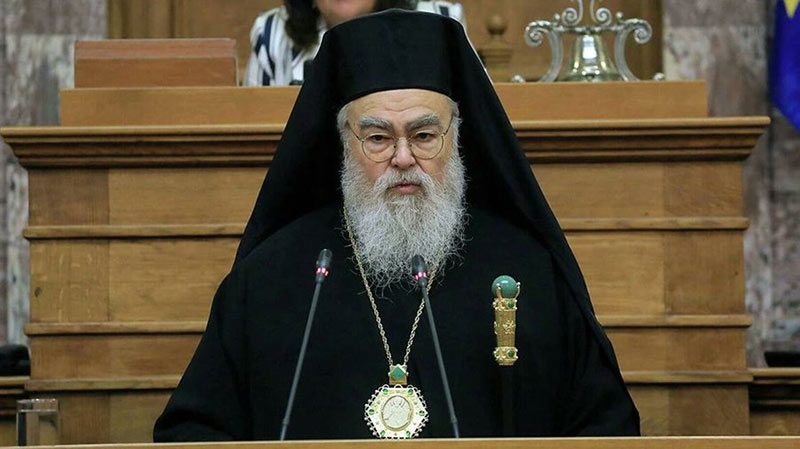 Seven women are suing Metropolitan Dodoni Chrysostomos over his allegations of rape and abortion on Friday morning.

The women, some of whom have been subjected to verbal or sexual violence, will file a lawsuit against the metropolitan, in accordance with the anti-racist law, in the court of first instance in Thessaloniki.

“We will sue you because your people will not punish you,” the women wrote in a letter sent to the religious affairs website ekklisiaonnline.gr.

An open letter to the bishop:

“You insult us twice.

It’s barbaric to be abused twice. We are women, mothers, daughters, some of us have been physically and verbally abused, we have experienced terror, racism.

Today we saw the same horror on television. In the face of a man dressed in black who pretends to be a priest. The church we so believe in allows him to pretend to be a priest.

You insult us twice, your words are worse than the rape itself.

That is why we are suing you, because we know that yours will not punish you.”

The text was followed by the full names of the seven women.

“No woman is raped without her consent,” says the Greek metropolitan

Metropolitan Dodoni Chrysostom said on Skai TV: “Nand one woman is not raped without consent. Abortion cannot be done even in case of rape. Only with damage to the brain of the fetus can an abortion be performed with the permission of the Church.

A storm of reactions

The Greek media and social networks exploded with violent reactions. Part of the population approved the statement, but the mainstream media, TV channels and websites condemned the statement, and even conservative Greek government ministers followed suit.

Tourism Minister Vassilis Killikias: Shameful for all of us and slanderous for the Orthodox Christian faith and our Church, which always destroys the victims of violence, is the statement of Metropolitan Dodoniy about women who have become victims of rape.

Greek Education and Religious Affairs Minister Niki Kerameus wrote: Metropolitan Dodonia’s statement about rape is unthinkable and reprehensible. This severely offends society and is incompatible with the position of the Church, which actually supports women who are victims of abuse and rape.

The Holy Synod of the Greek Orthodox Church called the Bishop’s statements “unacceptable and offensive to rape victims.” Reportedly, late Friday night, the bishop apologized, stating that his thought had been misinterpreted. According to him, he and the Church perceive rape as a fact that needs to be condemned.