The Greek islands have been covered in foreign films. What is the value of real estate on these popular islands today?

Greece and its islands have been repeatedly covered in films of world cinema. This is quite natural and logical, because who can resist the beauty of the Greek coast, idyllic beaches and magnificent seascapes? Nobody!

So, turquoise crystal clear waters, orange sunsets, traditional Greek architecture and the wild natural beauty of the Greek islands took us on a journey full of scenes for the big screen.

Thanks to the magical world of cinema and films shot in various known and unknown parts of the Greek islands, our country managed to get rave reviews about its beauty and, of course, was able to further attract the tourist public, who flock to Greece every summer to discover another “pearl”. What is the average cost of real estate on the Greek islands that we saw in the movies today?

Promoted by ABBA’s music, Mamma Mia was a huge box office success and brought the Hollywood elite to Skopelos and Skiathos. Meryl Streep, Pierce Brosnan, Colin Firth, Amanda Siffred and other top-notch actors visited Kastany Beach, Glisteri, where they filmed the entrance to Villa Donna, and, of course, the famous Agios Ioannis Chapel in Kastri with its unique view.

Since then, these two islands, especially Skopelos, whose beaches were eventually chosen for the film, have shot up in price and have begun to attract more and more tourists who want to see the filming locations with their own eyes. In fact, quite a few of them wanted to buy property in Skiathos or Skopelos, where the average asking price per square meter is 2660€ and 1250€, respectively. 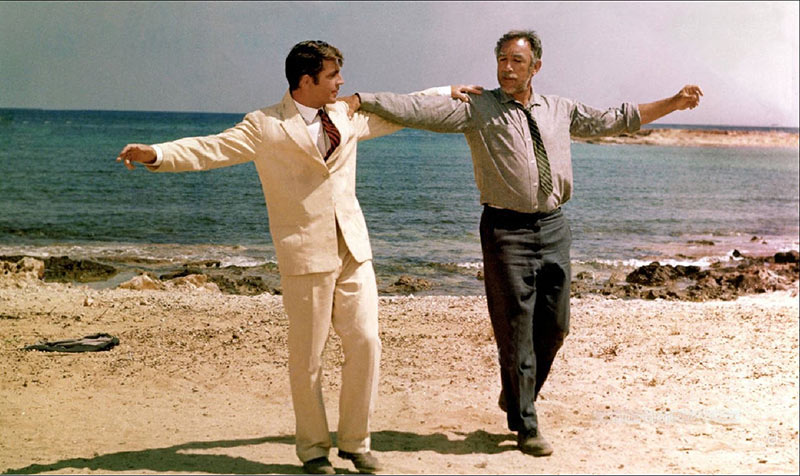 Perhaps it was this film that glorified Greece to the whole world. Cause? From 1961 to the present day Sirtakithat Anthony Quinn danced to the music of Mikis Theodorakis in “Stavros” in Akrotiri (Chania, Crete) is on everyone’s lips.

Thanks to the film about the life of the legendary Nikos Kazantzakis and the dance of Quinn, Greece has become associated with everyone with sirtaki, and most of the world recognizes Stavros beach as “Zorba’s beach”. Perhaps the film was shot on Crete, but in fact the beach where Kazantzakis and the real Georgios Zorbas lived and met is Kalogria, in Stoupa (Messinia). Today, the average asking price of property in Crete is 1567 euros per square meter, with significant demand from abroad, especially from the US (56%). 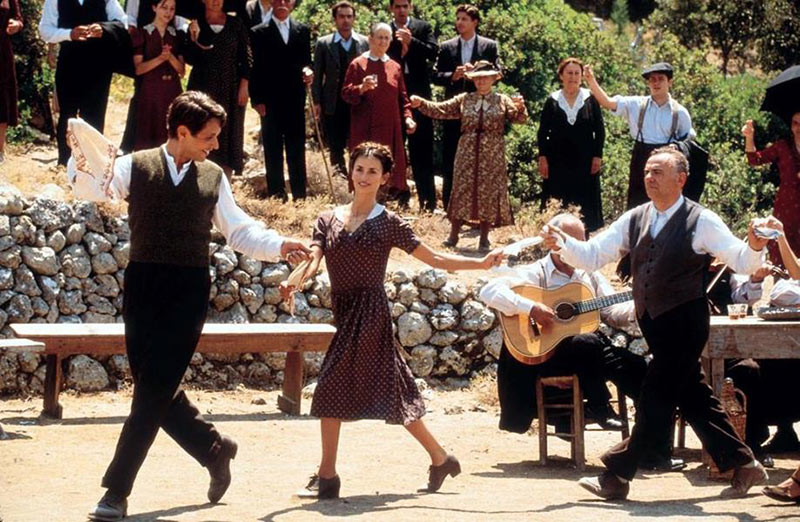 Captain Corelli’s Mandolin, directed by John Madden (2001), tells the story of a romance between an Italian soldier and a Greek girl, Pelagia, during World War II. This passionate romance between Nicolas Cage and Penelope Cruz mainly unfolded in Kefalonia, and the promenade along the beaches of the island (Myrtos, Petani, Sami, Antisamos, Agia Efimia) was and remains famous to this day. And of course, the film highlighted the island’s beauty, prompting many celebrities to visit at the time, including Steven Spielberg and Madonna.

Of course, even today Kefalonia attracts foreigners who are looking for their own tender history on the island, as well as tourists from abroad who visit the island en masse. But how much does a house in Kefalonia cost today? In the first period of 2022, there is a slight increase in the average asking price per sq. m (1941 €) compared to the same period in 2021 (1698 €).

“The Child and the Dolphin” – Hydra

Shot in 1957, the picturesque and cosmopolitan Hydra has repeatedly become one of the best tourist destinations, and the image of Sophia Loren remains indelible in the memory of moviegoers around the world to this day. The success of the film was so great that a statue was erected next to the windmill where Phaedra lived to commemorate Hollywood’s passage through the island. In addition, in the film you can see scenes from Delos, Epidaurus, Meteora and even the Acropolis. It should also be noted that one of the most shocking moments of the film is the performance of the song “What is this called love”, which Sophia Loren decided to sing in Greek with the accompaniment of Tony Maroudas.

As for the real estate market on this beautiful island of the Saronic Gulf, today the average asking price per square meter is 4318 €, which is an increase compared to the same period in 2021 (4167 €/sqm).

“The Guns of Navarone” – Rhodes

The Island of the Knights came to public attention in 1961 when the Oscar-winning film The Guns of Navarone was filmed here, starring Anthony Quinn, Gregory Peck and Greek Irini Pappa. J. Lee Thompson’s camera took us on a journey to the preserved and very picturesque village of Lindos, to the village of Kremasti, near the airport, and to the famous Valley of the Butterflies.

Interestingly, the protagonist himself, in agreement with the then Greek government, wanted to buy the stunning beach on the island, 250 meters long, for 64,000 drachmas, as leaked at the time. Anthony Quinn, until his death in 2001, fought in vain, of course, to acquire his own paradise on the island, wanting to develop it for tourism. However, despite the original arrangement, he “passed away” without a deal.

Rhodes itself and its properties have always been attractive, with dozens of foreigners and non-residents looking for their own holiday home here. In particular, the average asking price per square meter of property in Rhodes for the first 4 months of 2022 was €1,544, which indicates an increase in price compared to 2021 (€1,400/sq m). It should also be noted that the British and Germans are chronically interested in real estate in Rhodes, while the demand is growing among the Americans and the French. 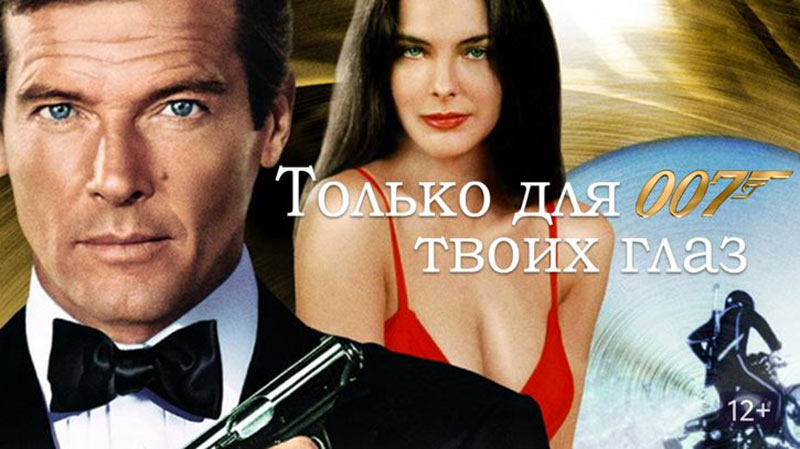 “For Your Eyes Only” – Corfu

Greece was visited by the world’s most famous secret agent, James Bond (played by Roger Moore), who was there for the filming of the film “For Your Eyes Only”, filmed in 1981.

Agios Spyridon with its tall bell tower, the old fortress and Achilleion are featured in this successful film. Today the average asking price for a property in Corfu is 1700 €/sq.m. 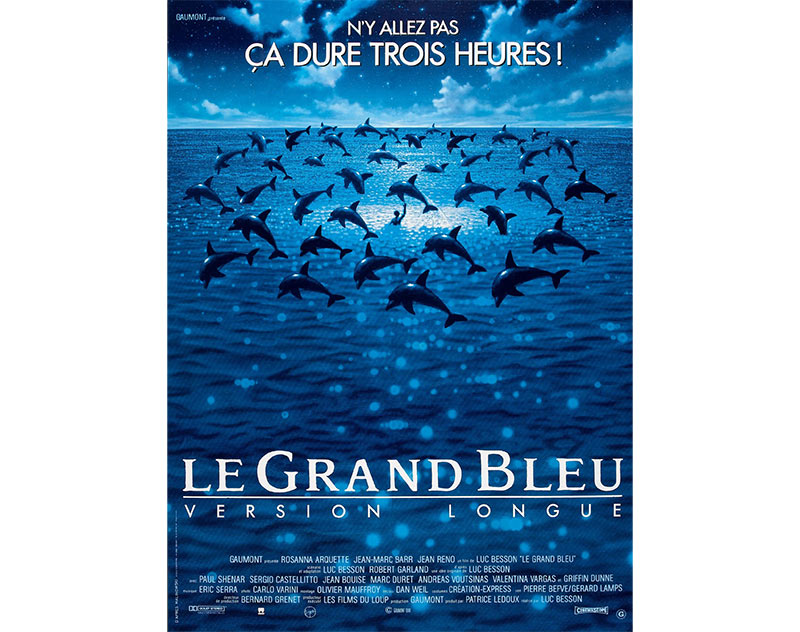 Jean Reno and Jean-Marc Barr sailed through the Cyclades in the 1960s, identifying the “endless blue” with the Greek seas. And indeed, it is true! Of course, Amorgos and the monastery of Panagia Chozoviotissa brightened the show. In fact, even today those who wish to dive from the same rock where little Zak dived are gathering on the beach of Agia Anna. For those in the know, some of the scenes filmed at Manganari Beach in Ios and Naxos did not go unnoticed. 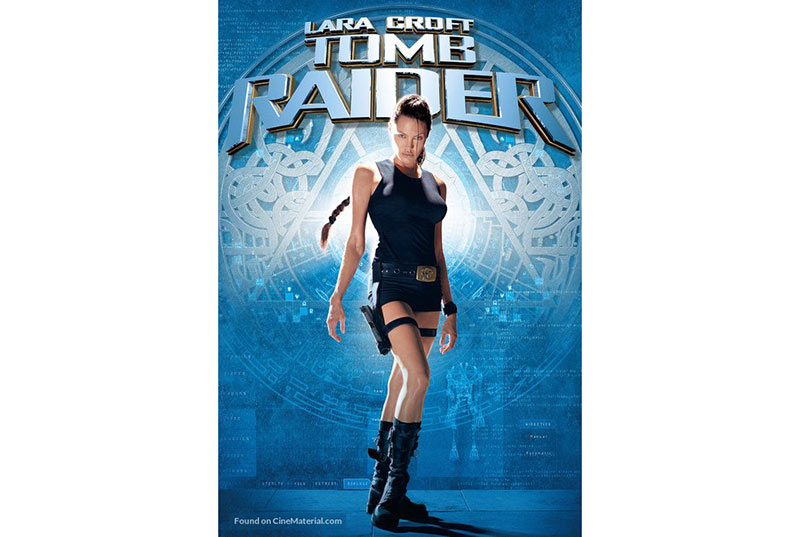 It may not be a romantic story that harmonizes perfectly with the Greek islands, but a video game-inspired film, but it blew up at the box office and highlighted both Angelina Jolie’s protagonist and Oya’s beauty.

Today, thanks to the popularity of the island and the annual increase in tourism levels, Santorini is of particular interest in the real estate sector, since the average asking price per sq. m is €3333. Demand for property in Santorini from overseas has remained consistently strong over the past few years, with the highest demand coming from citizens in the US, UK and France.

In conclusion, it is worth noting that the above islands may have received a lot of fame thanks to the cinema, but their beauty and uniqueness have retained their popularity to this day.

What other film set on a Greek island comes to mind?