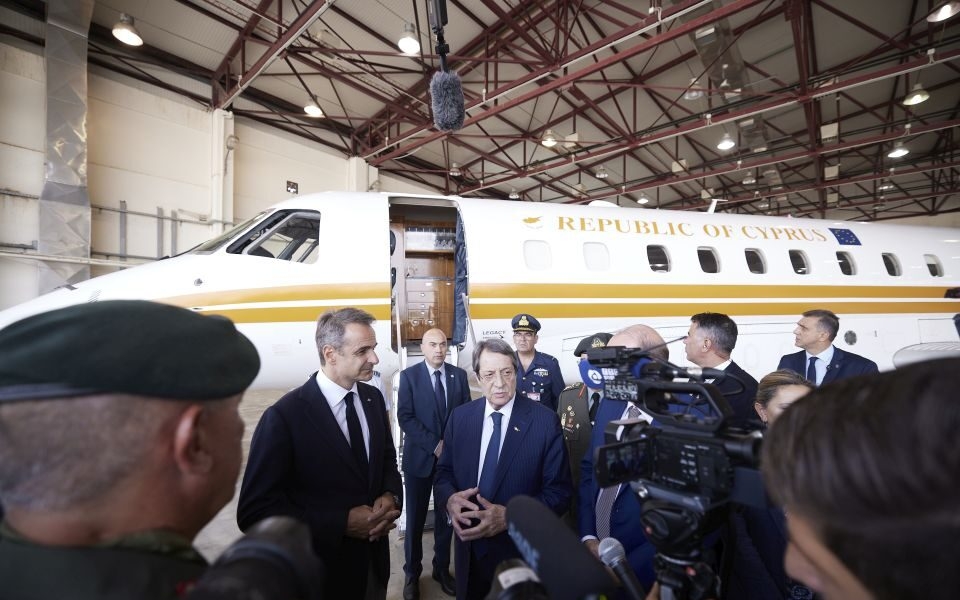 The Greek government has presented a Dassault Falcon jet to the Cypriot government for use as a presidential aircraft.

The transfer of the aircraft took place at the Elefsina air base near Athens in the presence of Prime Minister Kyriakos Mitsotakis and Cypriot President Nikos Anastasiadis.

Greece received the aircraft free of charge from Dassault as part of the Rafale fighter procurement package.

Hellenic Aerospace Industry (EAV) engineers have modified the aircraft’s tanks so that it can fly non-stop from Cyprus to Brussels.

Earlier in a meeting with Mitsotakis, Anastasiadis welcomed the transfer of the aircraft.

“We were perhaps the only country EU without a presidential plane. Due to the isolation of the Republic of Cyprus, a normal trip to Brussels could mean an extra two days,” he said.