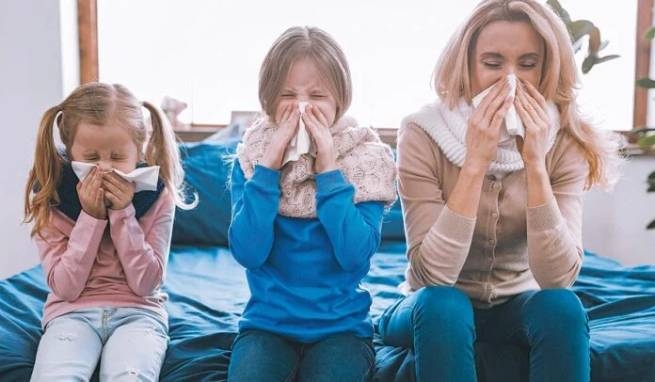 At a time when most of the world is facing a pandemic of new strains of covid, with the reopening of schools, the National Public Health Organization reminds us that we should not forget about seasonal flu either, emphasizing that an upward trend is recorded compared to previous years. The high incidence of influenza is observed mainly among young people in various regions of the country, while ΕΟΔΥ recommends vaccination and personal hygiene. ΕΟΔΥ’s announcement reads as follows:

“Despite the fact that the flu has a “seasonality”, with a gradual increase in the spread of the virus from October to March, ΕΟΔΥ records cases of SARS throughout the year. The number of influenza cases reported during the summer months is usually low and is usually limited to rare isolated cases.

In recent weeks, there have been signs of increased dispersion of the disease during the current pre-epidemic period compared to previous years, especially among young people in certain geographic areas of the country. In turn, ΕΟΔΥ remains vigilant and systematically monitors the situation with seasonal influenza.

Doctors remind that in order to prevent the spread of the virus in society, it is necessary to strictly observe personal hygiene and protection measures (wearing a mask). At the same time, vaccination remains the most effective preventive measure for the population.