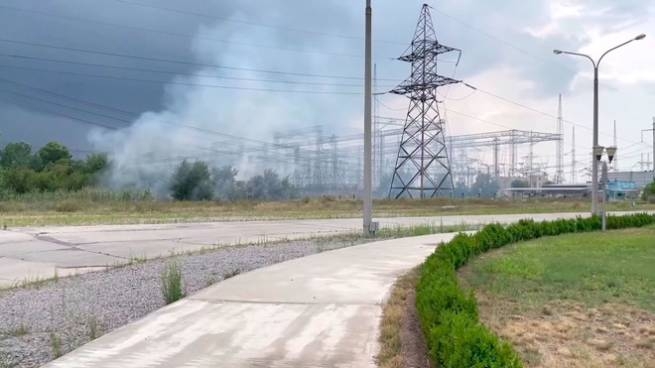 Yesterday, on Wednesday, inspectors from the International Atomic Energy Agency arrived in Zaporozhye, from where they went to the nuclear power plant this morning, crossing the front line.

It was assumed that the IAEA mission, which includes representatives of neutral countries (in agreement with both sides of the conflict), will last four days. However, the Guardian reports that on Wednesday, Russian authorities announced access for just one day. Also, special passes will not be issued to inspectors – they will stand in the general queue of civilians crossing the territory controlled by Ukraine and Russia. In this case, the visit may be postponed or disrupted, writes CNN Greece.

Potential roadblocks heighten security concerns. According to the Director General of the UN agency Rafael Grossi, Ukraine and Russia gave their guarantees for the safety of the mission’s trip to the station and neighboring areas. He emphasized:

Asked about plans to create a demilitarized zone around the station, Grossi said:

“It is a matter of political will. But my mission, I think it’s very important to be very clear, is a technical mission. It aims to prevent a nuclear accident and protect this important nuclear power plant, the largest in Europe. We have to fulfill a very, very important mission there, to assess the real situation, to help stabilize the situation as much as possible.”

At the same time, the object and nearby settlements continue to be shelled, for which Kyiv and Moscow accuse each other. Today, September 1, from five o’clock in the morning, constant shelling of the city does not stop in Energodar – from helicopters, mortars, cannon and rocket artillery, automatic bursts are heard, reports 1news.zp.ua. The emergency protection of the Zaporozhye nuclear power plant turned off the operating unit No. 5 after the shelling.

It is known about two explosions in the area of ​​dachas, four – near the recreation center “Sovremennik”, about damage to the reception department of the medical unit, a fire in kindergartens No. 14 and No. 15. At least three civilians were killed and one was injured.

Earlier Wednesday, Herman Galushenko, Ukraine’s energy minister, told Reuters that the IAEA mission to the Zaporozhye nuclear power plant was a step towards “liberation from occupation and demilitarization” of the region.

The station, which includes six power units, was seized in March and has since been operated by Ukrainian personnel under the supervision of Russian soldiers and nuclear engineers.

The area where the nuclear power plant is located is about 10 kilometers from the Ukrainian positions on the other side of the Dnieper. Over the past month, he has been subjected to repeated shelling, in which Moscow and Kyiv exchange accusations.

On August 11, the head of the IAEA in his speech at the UN warned that, although at the moment there is no immediate danger in connection with the shelling of the Zaporozhye nuclear power plant, the situation can change at any moment. Rafael Grossi urged Russia and Ukraine to cooperate with the IAEA and allow competent experts to visit Europe’s largest nuclear power plant as soon as possible. And on August 21, a warning was sounded: in the event of an accident at the ZNPP Article 5 comes into force NATO Charter. this was stated by British MP Tobias Ellwood, head of the defense select committee in the House of Commons of the United Kingdom.

According to ReutersmThe International Atomic Energy Agency (IAEA) mission left the Ukrainian city of Zaporozhye on Thursday for a nuclear power plant in the Russian-controlled city of Energodar, despite reports of heavy shelling. IAEA chief Rafael Grossi said the mission is aware of “increased military activity in the area” but insists on its plan to visit the site and meet with staff.