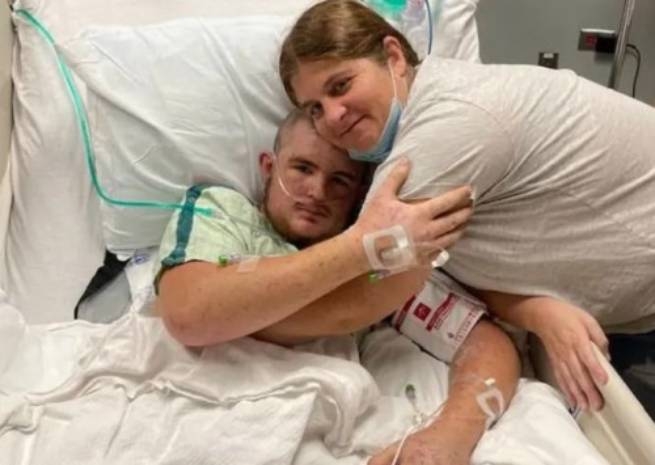 A 20-year-old American man is in a coma after being stung more than 20,000 times by killer bees.

On Tuesday evening, August 30, Austin Bellamy was intubated and placed in an induced coma at the University of Cincinnati Medical Center in Ohio, reports Fox 19. “He’s fighting for his life,” his mother Shauna Carter said on a fundraising page asking for donations to pay for treatment.

The Africanized bee is a hybrid of the African bee (Apis mellifera scutellata) with various breeds of bees common in Europe. Non-taxonomic group of the honey bee (Apis mellifera). Differs in size and extraordinary aggressiveness. The physical strength inherited from the African bee gave Africanized bees high vitality, resistance to various weather conditions, the ability to produce twice as much honey as ordinary bees. The incubation period for Africanized bees is one day shorter than for normal bees, giving them a competitive advantage in reproduction.

According to statistics, since 1969 in Brazil, more than two hundred people have died from the stings of African bees, and several thousand have been seriously injured. The dead pets number in the thousands. It is for these reasons that they are also known as “killer bees”. They attack any animal that has appeared within a radius of 5 meters from the hive. They chase their victims for half a kilometer, and sometimes more.

Austin’s grandmother and uncle, who were next to him, saw the attack of the bees, but could not intervene, as they themselves became a target for aggressive insects. “He was screaming ‘help, help’ and no one could help him,” said his grandmother, Phyllis Edwards. “I tried to climb the stairs to get to him, but I couldn’t because I myself was attacked by bees,” added the victim’s uncle.

Sona Carter said the young man was stung more than 20,000 times and swallowed about 30 bees. The nurses “took bees off him until Sunday morning,” she said.

Doctors believe that Austin Bellamy will recover, as he was quickly taken to the hospital, and he was immediately prescribed appropriate treatment.

But one Greek beekeeper boasts that “bees love him, like his own.”