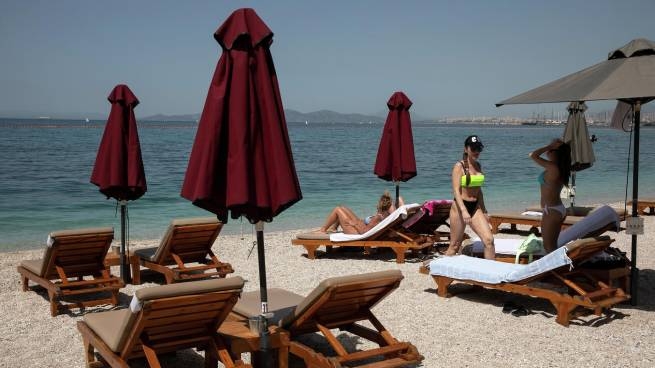 Greek tour operators talk about how they live without Russian tourists.

The significantly reduced flow of citizens from Russia has put those Greek regions in a difficult position, which are traditionally focused on vacationers from the Russian Federation. Suffer luxury hotels, fish taverns, expensive restaurants. Local Tour Operators told RIA Newshow the situation in the resorts has changed this year.

Dimitris Charitidis, managing director of Tez Tour Greece, says that the decrease in the flow of tourists from Russia did not begin today. The peak of visits was in 2013 (1,300,000), the second record year was 2019 (800,000), but every year there were less and less Russian tourists:

“Greece was not so dependent on the Russian market. First of all, good 5-star hotels, expensive restaurants, and the fur coat business were tied to it.”

He notes that this year, even without guests from Russia, a new attendance record could be set, and tourism revenues are expected at the level of 20 billion euros (in 2019 – 18.2 billion euros). However, according to Charitidis, Greek regions such as the Peloponnese, for example, are “crying” without tourists from Russia:

“The Peloponnese is suffering because of the 85,000 tourists that its airport received, more than 30,000 were Russians and Ukrainians. There is a big problem, some hotels have not even fully opened.”

The expert emphasizes that in Crete, for example, the situation is somewhat different. The share of Russian tourists there used to be small – among the approximately 4 million tourists arriving in Heraklion, 260 thousand were from the Russian Federation, that is, 5-6%. Taking into account Chania, the share of guests from Russia on the island was only 2-3%. Haritidis says:

“The Russians have always been good tourists, generous. Guests from other countries are more economical. But in general, Greece is not Turkey, it did not depend so much on the Russian flow. Firms that dealt only with the Russian market, of course, have a gloomy picture. It is easier for us, for we have Kazakhstan, the Baltic States, Romania”.

He said that after a 9-year break, many tourists from Kazakhstan have arrived in Crete, the number of guests from Armenia has increased, and Russian citizens are also trying to enter through this country. As part of European sanctions, Greece has stopped air communication with Russia, and now tourists from there can get to Greek resorts only through third countries – Turkey, Serbia, Egypt.

Georgy Akritidis, vice president of Ambotis Holidays, said that the number of Russian tourists has drastically decreased due to the closure of flights:

“But our company works with individuals from Russia, Ukraine, Belarus. We have flights from Armenia to Thessaloniki and Rhodes. We meet a hundred people from Armenia every ten days. Both Siberia and southern Russia, but they get through Yerevan , Istanbul, Egypt. Ticket prices – space. There are few flights, due to the rise in fuel prices. From Thessaloniki to Athens a week ago, tickets cost 195 euros one way. And there the flight is only 30 minutes.”

Haritidis clarifies that this year there was a huge demand until the end of August, the hotels were full. Among foreign guests there are many Germans, Americans, British. All luxury hotels are also filled, with the exception of those in Elounda. Tez Tour Managing Director says:

“She was very focused on the Russian market. Some of the clients were replaced in Elounda, but not completely. Arabs, Saudis, Qataris went. tourist”.

He noted that now it is difficult to find numbers. George Akritidis from Ambotis Holidays also speaks about this, noting the shortage. This trend is observed until September 15-20, and at the same time, it is mainly luxury hotels – five and four stars – that are filled. The expert notes a significant increase in prices due to increased costs, which have almost doubled since last year:

“Both tickets, and hotels, right down to the simplest apartments – everything has risen dramatically in price. Hotels by at least 10-15%, which is due to objective reasons. Electricity has become four times more expensive, fuel, as well as food, labor.”