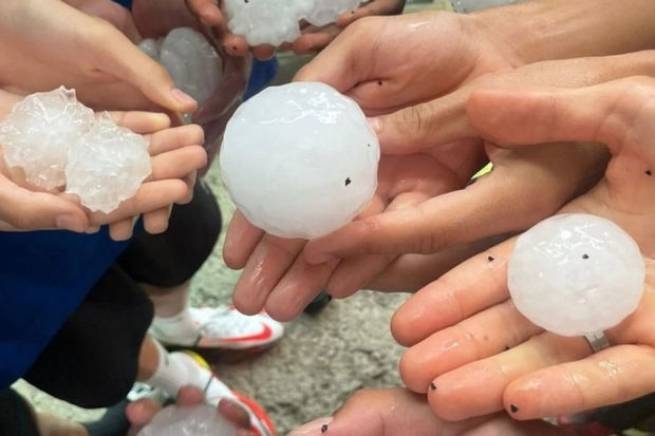 Hailstones larger than 10 cm, which fell from the sky during the rampant elements in Spain, injured dozens of people and killed a child.

A heavy downpour with hail and strong wind hit the Spanish province of Girona the day before yesterday and continued yesterday, local media reported. At the beginning of the bad weather, on August 30, the Spanish authorities informed about 30 victims, on Wednesday afternoon their number increased to 50.

The victims received injuries of varying severity – mainly craniocerebral and open wounds requiring suturing. So far, one woman remains in the hospital. A one and a half year old girl was hit in the head by a massive hailstone and died on the spot.

Last night, Catalan firefighters received 39 calls in the city of La Bisbal d’Emporda and two in neighboring Forallac. The cause was damage to buildings and electrical wiring.

According to data from the Catalan meteorological agency SMC, there has not been such a hail in the region since 2002.