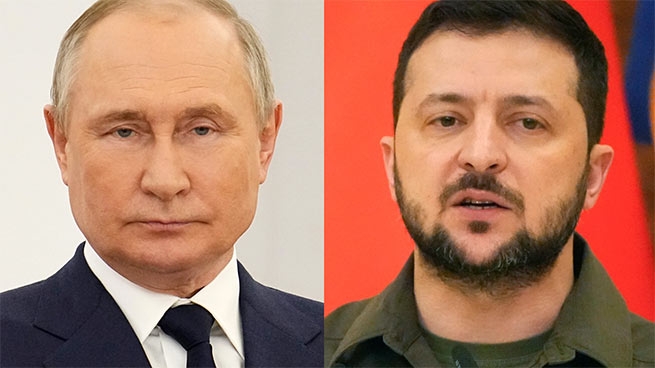 If Ukraine wants to survive as an independent state, the fighting must end, writes author of US military doctrine Harlan Ullman in The Hill.

How will the war in Ukraine end? Kyiv, for obvious reasons, believes Ukraine’s survival free, independent, sovereign state, existential. This led to the fact that President Volodymyr Zelensky set himself the maximum goalssuch as the return of most or all of the nearly 20% of his country occupied by Russia, along with reparations from Moscow, as non-negotiable.

Zelensky’s goals unattainable, with the exception of regime change in Russia or a massive insurrection of Russian forces. US and Western support often held backso as not to provoke a Russian escalation. This has led to a military stalemate that could become permanent or escalate into a frozen conflict. And it is unlikely that Ukraine will receive the necessary funds to create an effective combined arms offensive capability to regain all the lost lands.

Moscow’s goals are less clear. Some argue that Russian President Vladimir Putin seeks to a negotiated agreement, possibly with Russia retaining full control of Crimea and the occupied Donbas. taken last week decree about increasing the size of the Russian army by 137,000 people is intended to strengthen the position of Moscow. The signal of a vague commitment to war could make negotiations a more viable option for Kyiv. However, the collection and training of a larger army takes time and the increase in conscription will not please many Russians.

In addition, Russian military doctrine argues that in order to protect against a perceived existential threat to the state (i.e., the regime) nuclear weapons will be used. Will the “defeat” in Ukraine (meaning a significant loss of the currently occupied territories) lead to this method “Shock and Awe» Kyiv to capitulation or to an imposed peace? This remains one of many potentially existential questions that cannot be dismissed or answered with certainty.

For the US and the West, while it is generally true that all wars must end, what is the strategy for ending this war on terms that are favorable or acceptable to Ukraine? Seems, there is none. Killing enough Russian soldiers to impose enough costs