Another earthquake, already the third in a row for the current day, with a magnitude of 4.5 on the Richter scale, occurred today at 17:02 in Samos. The first push was 4.9 points, the 2nd 5.2 points. In addition to strong ones, 23 more relatively small aftershocks occurred.

The epicenter, like the previous two, is located in the sea, at a distance of 14 km from Pythagorion. The depth of the outbreak is estimated at 14 kilometers.

The first earthquake in Samosa happened today at 12 noon 56 minutes and had a magnitude of 4.9 on the Richter scale.

It was superficial and, according to the seismologist Gerasimos Papadopoulos, the epicenter was 13 kilometers south of Pythagorion in the maritime zone. It was followed by the second at 13.10, stronger – 5.2 on the Richter scale, same location. 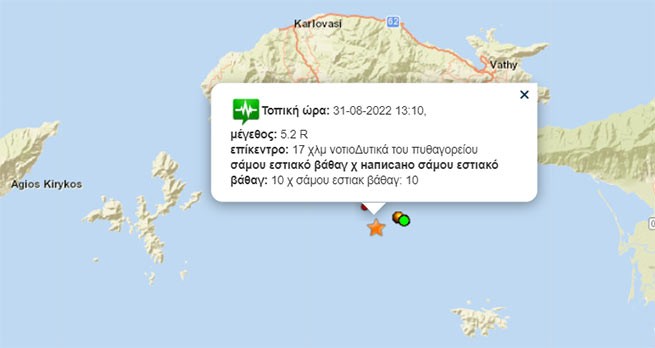 As the director of the seismological research department of the Geodynamic Institute of the Athens National Observatory explained today:

“An earthquake of magnitude 4.7 is a foreshock of an earthquake of magnitude 5.2. On the positive side, the focus of today’s earthquakes has nothing to do with the strongest earthquake in the north of Samos on October 30, 2020. In other words, we do not have the activation of the same focus. Today’s rift is certainly quite active and has produced strong earthquakes in the past, but it is located at a relatively safe distance from the island, so both earthquakes felt as shallow as they were, they were not destructive in nature.” 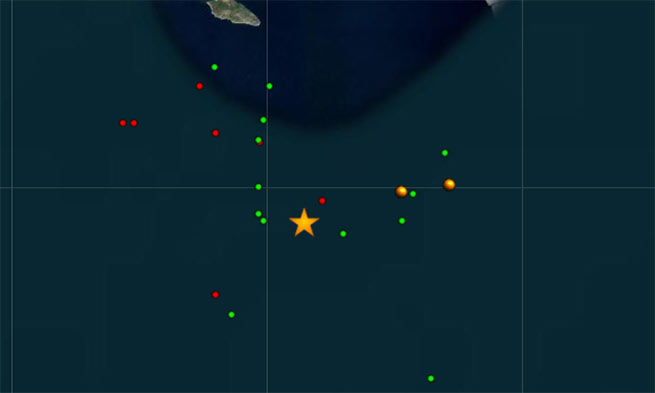 In addition to them, more than 22 aftershocks occurred in the region, with a magnitude of 2-3.9 balls.

In conversation with journalists Eftimis Lekkas, Professor of Dynamic Tectonics, Applied Geology and Disaster Management, OASP President, notes how this third push is starting clear the picture of what is happening today on an island hit by a massive earthquake:

“This is the last earthquake of magnitude 4.5 now confirms for us the scenario that the second consecutive magnitude 5.2 quake was a major one. We were worried about whether something more was expected. But if our suspicion is correct, then we begin to enter into postseismic succession with earthquakes reaching 4 on the Richter scale over a period of time that can even last several days.”