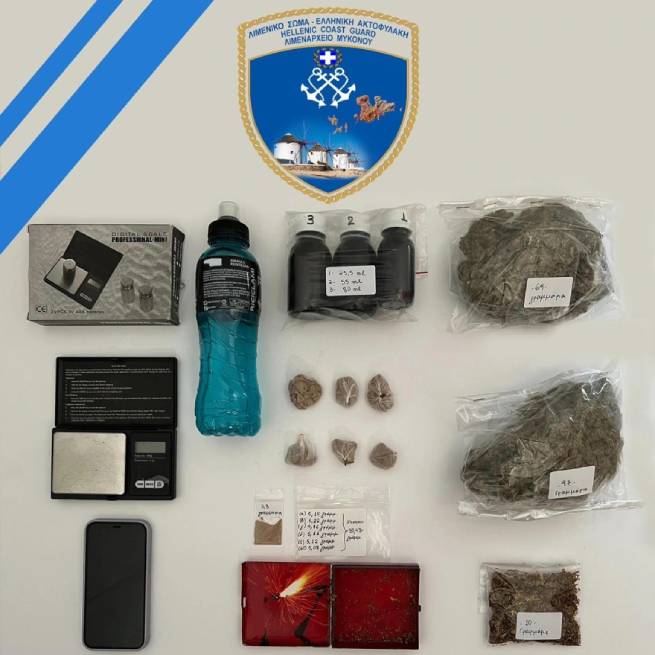 The well-known Mykonian, who retired some time ago, came to the attention of the Mykonos Port Authority Narcotics Prosecutor’s Office when he returned to the Island of the Winds “loaded” with illegal addictive substances.

The heroin, cannabis and methadone that he got in the center of Athens, he was “carrying home”, but was arrested yesterday morning and taken to the Syros prosecutor’s office today.

The man addicted to drugs, according to protothema.gr, is the owner of a large property in the fashionable area of ​​​​the cosmopolitan island, which he recently sold to satisfy his passion for illegal substances.

The arrest of the 63-year-old pensioner took place on 30/08 at 10 am. An elderly man who owns large real estate and, according to protothema.gr, is slowly selling it to get cash to satisfy his addiction, was returning on a Cyprus-flagged World Champion Jet from the port of Piraeus.

The officers of the Mykonos Port Authority, who had information that “the famous Mykonian would return with a cargo,” as soon as they saw him disembarking, detained him and checked him.

In the course of operational activities, bags with a certain amount of powder (probably heroin) weighing 3 grams were found on the man.

Also in his underwear, he hid six transparent bags with another substance, with a total weight of 30.43 grams. During a search of his home, packages of approximately 180 grams of marijuana, liquid methadone, and an electronic scale were found.