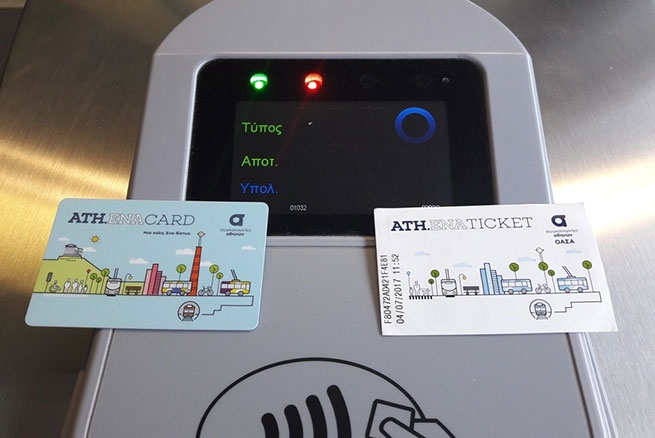 One of the most successful public transport measures in Germany or an opportunity for cheap travel that is coming to an end?

The end of a three-month summer scheme at the end of August, under which a monthly pass for buses, metros, trams and commuter trains costs as little as 9 euros, is opening up serious debate in Germany and across Europe.

At the end of April, the Scholz government, in order to cope with rising fuel prices, announced a significant reduction in the cost of monthly transport cards throughout Germany: from June 1 to August 31, they will cost 9 euros, compared to 85-90 in Berlin or 115 in Hamburg .

Around 38 million nine-euro cards were bought across the country during the quarter, requiring 2.5 billion euros of state support. “Nearly free public transport is not something we can afford in the long run,” German Finance Minister Christian Lindner recently said, estimating the annual cost of the measure at 14 billion euros. On the other hand, according to the estimates of the Cologne Institute for Economic Research, this measure helped curb rising inflation by two percentage points, and certainly helped the weakest economic strata significantly.

But how does this affect travel? A detailed study for the Ministry of Transport will not be ready until the beginning of November. “However, some early signs are encouraging. The Federal Statistical Office reports that a fifth of Germans regularly use public transport for the first time, thanks to a ticket for 9 euros. In addition, in June and July, there was a 42% increase in the number of trips by rail compared to the same period before COVID-19,” Politico reports.

While no noticeable reduction in private car use was found, researchers from the University of Potsdam noted that the measure resulted in a 6% to 7% reduction in air pollution levels across Germany, especially during the workweek and in urban areas. However, it remains unclear how many people left their cars to take the train, subway or other public transport.

The German finance minister believes that the cost of this measure, estimated at 14 billion euros per year, is prohibitive. Overcrowding has been observed in some cases, especially on suburban trains during weekends, as a very cheap fare has been used for unexpectedly cheap excursions. The surge in demand on some routes has led to overcrowding and train delays.

Trials of this measure in other countries

There was a debate in Germany about whether the program could be continued and how. However, the question of how public transport can be used to solve the problems of fuel shortages, congestion, pollution and climate change is a pressing international issue.

Other countries and cities are also experimenting with free or very cheap public transport. In Tallinn, Estonia, public transport has been free since 2013, and the same is expected from October in Malta, which is crowded with private cars. Wealthy Luxembourg has been offering free public transport since 2020, Austria has introduced a climate ticket for traveling around the country at around 90 euros per month, and Spain intends to make regional trains free and reduce city ticket prices by around 30%. What does all this mean in Greece, in Athens, where cars dominate and traffic is a way of life, in a country with some of the most expensive gas stations in the world?

Can this project be implemented in Greece?

The answer to the explosive rise in the price of automotive fuel in Greece was left only to the Fuel Pass, with relatively limited results, despite the cost of the measure. Can measures like those taken in Germany be taken, and in what direction? Greek journalists contacted transport experts who shed light on some aspects of the issue.

“My opinion on measures such as the 9 euro travel ticket in Germany is positive, as it supports public transport, the movement of citizens. Strengthening public transport is fundamental for experts, this is the first thing we always emphasize,” says Panagiotis Papantoniou, President Association of Greek Public Transport Experts and Associate Professor at the University of Western Attica. “The energy crisis and the massive increase in fuel prices could be a springboard for citizen action, measures that have a big impact on daily life, such as transport,” he adds, noting that the benefits are multifaceted: economic for citizens, avoiding congestion , for the environment, for road safety. “Of course, a dialogue is needed on how this can be implemented in Greece, what tools can be included. For example, a suburban railway was included in Germany. But is a similar situation with KTEL possible in Greece?” Papantoniou says.

On the question of the cost of the card, he notes: “Of course, an economic study is needed, but personally I would be for an extremely low price. A shock that would help make a difference. A small discount will not attract passengers. Not completely free, but too much reduction to bring about changes in travel patterns.” The president of the Association of Greek Transport Engineers adds that such measures are necessary, especially as Athens is seeing a significant increase in the number of private cars, which is a paradox, despite the increase in gasoline prices. “20%-30% of older passengers are not using public transport due to the coronavirus” and commuting is inelastic. In fact, he warns that there could be even more congestion in areas of Athens in the coming months due to work at metro stations.

“Events like in Germany have brought relief in terms of cost, which is especially important these days for those who use public transport. There are other positive examples of very cheap or even free travel in Europe, such as in Tallinn or Luxembourg. But the economic aspect is not enough if you want to attract new people to public transport,” emphasizes Kosmas Anagnostopoulos, urban transport planner and head of the CIVINET network for sustainable mobility. 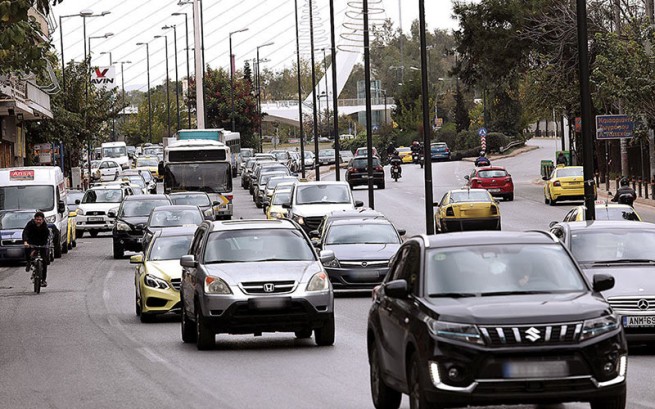 “We’re behind”
“Greece is far behind. Public transport is not an isolated island. Despite some steps taken, the main question remains: how to get to the bus stop? How to make it easier for pedestrians to get there without incident. And what about people with disabilities mobility or parents with wheelchairs?In the plans of municipalities for sustainable urban mobility, we find a high percentage of citizens with mobility difficulties.What is the relationship between public transport and cycling?In many cities in Europe, public transport operators themselves support bicycle sharing programs.Here?Will Can each municipality manage on its own, without interconnection?”, – the experts ask a number of important questions.

“Public transport can be made easy to use, convenient, economical, safe, so that people can leave the car that has expenses, congestion, accidents, let’s not forget that we have a lot of them. Therefore, every step should be part of such a story” , – adds the transport expert.

In the carefree times of 2019, before the start of the pandemic, half a million Attica residents traveled daily by bus and almost a million by metro.

According to official data OASAOn March 20 and May 20, 2019, 453,663 and 452,608 people used the bus to reach their destination, while 982,535 and 990,995 people, respectively, chose one of the two metro lines. If we add to these figures the stowaways calculated on the basis of ticket validation, it becomes clear that public transport has begun to win the trust of those who lived in the closed city. 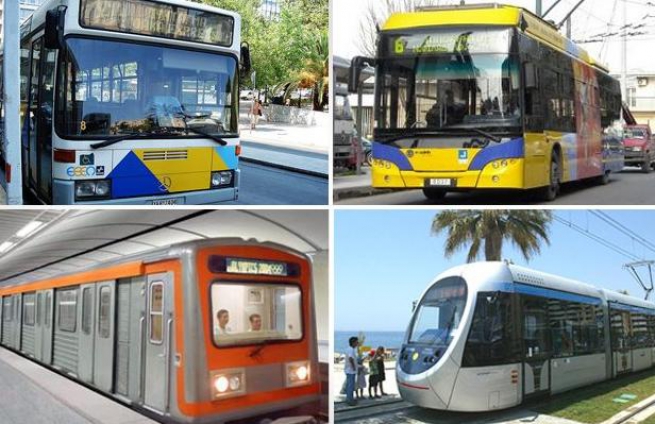 Statistics
However, more than two years after the start of the pandemic, public transport traffic is gradually recovering. For example: on June 15, 2022, 220,769 people used the bus, while on the same day in 2019, 247,390 passengers used the bus. Gradual growth is also noticeable when comparing traffic between 2021 and 2022 – two years during the pandemic.

However, industry players say it will be a long time before public transport ridership returns to pre-pandemic levels. But it seems that the sharp rise in fuel prices is forcing many motorists to switch to public transport, despite existing concerns about coronavirus infection.