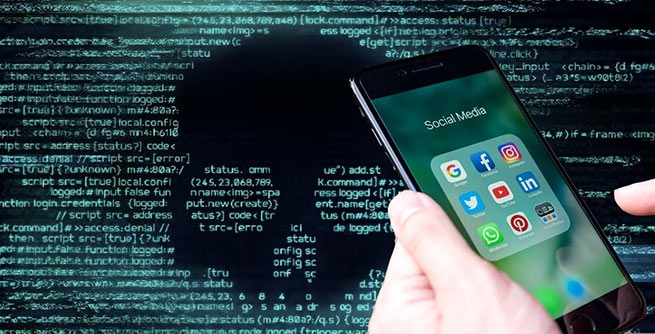 A fine of 20 million from ΑΔΑΕ “for finding people and information from social networks and creating personal files that they then sell to intelligence agencies, individuals, etc.”

A previously unknown company, ClearView AI, owned by former CIA officer and Palantir co-founder Peter Thiel, which the government brought in in 2020 and handed over the personal data of millions of Greek citizens, was fined 20 million euros by the Personal Data Protection Authority (ΑΔΑΕ) for phishing millions of Greeks.

What does Peter Thiel’s Clearview AI do? She has a facial recognition program, she “hacked” all the social networks in Greece and created a file for each citizen using the parsing method. That is, she took photos and videos from Facebook, Google Instagram, Twitter and YouTube, verified personal data from 2017 and created a dossier per citizen using the web scraping method.

The collected face images are then matched using face recognition software built by Clearview AI to create a database of the person. The company then sold access to this database to secret services, private companies, and so on.

Data Protection Authority (DPA) Decision No. 35/2022 against Clearview AI, owned by a former CIA agent and co-owner of Palantir, was issued one year after the complaint was filed in May 2021, making the fine the largest fine imposed by the Authority to date. day.

Most importantly, the company is now prohibited from collecting and processing the personal data of subjects located in Greece using facial recognition methods, and the authorities are urging it to immediately delete all the data it has already collected. At the same time, this decision makes it clear to law enforcement agencies cooperating with such companies that this practice is illegal and grossly violates the rights of data subjects.

In February 2020, BuzzFeed news published a global map of Clearview’s internal documents, showing the countries the company allegedly already worked with or intended to expand to immediately. Greece was one of them, but the company denied this at the time.

This required a concerted effort by a coalition of organizations in Greece and abroad (Homo Digitalis, Privacy International, Hermes Center and noyb) who, in May 2021, filed complaints with the competent authorities in Greece, the UK, Italy, Austria and France against Clearview AI for the practice of mass surveillance using facial recognition after EL.AS She said she “knows nothing”.

The effort paid off and earlier in 2022 the Italian data protection authority decided to fine the company 20 million euros, while its British counterpart fined it 7.5 million pounds. However, prior to the convictions, Clearview AI testified that she is not stopped by numerous complaints.

According to the Washington Post revelations, the company announced as part of its shareholder statement that not only will it not stop collecting them, but it plans to reach 100 billion photos to have almost every person on Earth in its database! “Everything in the future, digitally and in real life, will be available through your face,” the company said in a presentation to shareholders.

A portion of the company’s budget is earmarked for legal and other expenses to obtain “favorable regulatory decisions.” In other words, to “bribe” the authorities.

Here we come to the issue of Palantir Technologies itself, which came to Greece in the midst of a pandemic, signed a contract with the Greek government in secrecy (out of transparency and publicity) and with a confidentiality clause, processed the personal data of millions of users, and then left without raising a single question of a personal data breach!

The Data Protection Authority, having accepted the explanations of the Ministry of Digital Governance and Palantir itself (K. Pierakakis, let’s not forget his role in surveillance), ruled that “there is no basis for the exercise of its corrective powers, unless new evidence emerges.”

PS To understand the situation in a simpler language. The Greek intelligence services, represented by the administration of the Prime Minister of Greece, have entered into an agreement with a company that, acting illegally, in violation of EU law on the protection of personal data (this is the same GDPRwhich Greece has committed itself to strictly adhere to), has collected and provided a complete dossier on all the inhabitants of Greece who have ever appeared on social networks.

However, in the US, the NSA and other secret services have been doing this since the very beginning of the existence of social networks. However, the peculiarity of this system is that it allows you to calculate those who are not users of social networks, thanks to face recognition in pictures posted by users. Comparing with names, geolocation and other personal data, you can get a completely different level of information.