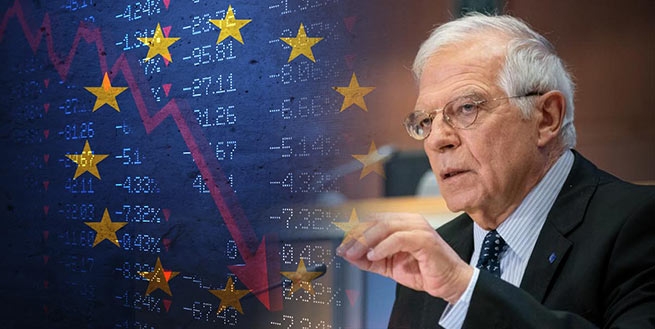 Since the beginning of Russia’s invasion of Ukraine, at least a million Russian citizens have entered EU across land borders, most of them through Finland and Estonia, EU border agency Frontex said.

Yielding to eastern countries that called for tougher measures, Borel said Russia’s neighbors “may take measures at the national level to restrict entry into the EU.”

However, he specified that “these measures must comply with the rules of the Schengen area, and emphasized that it is important that Russian members of civil society can continue to come to the EU.” returning to the image of a general ban that originally arose from his own statements

The practical changes are that now Russian citizens will have to pay 80 euros for a visa, and not 35 euros, as it was before, and the difficulty of obtaining a visa will increase.

We have seen a substantial increase of border crossings from Russia into neighboring states. This is becoming a security risk.

Joser Borel states via Twitter: “We have recorded a significant increase in entry from Russia to neighboring countries. This is a risk and that is why we agreed today with the EU foreign ministers to move towards a complete suspension of the visa agreement between the EU and Russia.”

However, earlier Hungarian Foreign Minister Peter Sisarto said that 27 countries did not come to agree on this issue, since there were objections from his country and other countries.

If what Borel says is true, millions of Russians will have to leave the EU when their visas expire, and especially in Greece and Cyprus, where their number could reach 200,000 Russians.

The damage to Greece and Cyprus will be great in any case.

Earlier, Borrell said that the EU should not show differences on the issue of banning Russian tourists from entering its territory, urging member countries to find a common language.

“We must come to an agreement and a political solution,” Borel said, speaking to reporters on his way to the second day of an informal meeting of EU foreign ministers in Prague.

“I will work for unity (…) We cannot afford to seem to disagree on such an important issue, which concerns relations between peoples, between Russian society and European peoples,” he added.

Borel issued the warning shortly before foreign ministers reached agreement in principle to suspend the visa facilitation agreement with Moscow.