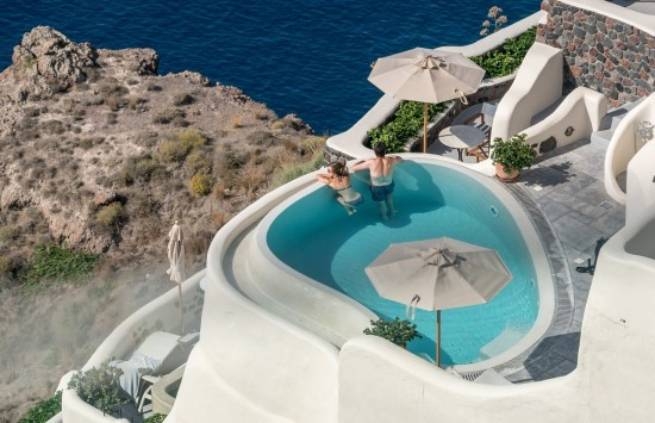 Travel experts told Bloomberg about great offers for spending an autumn vacation, when the weather is good and the prices are not so exorbitant. Among Europeans, Santorini is the leader.

As the article notes, this summer has been a nightmare for many: epic international airline disruptions, overcrowding, skyrocketing hotel prices and Armageddon-style heatwaves have made it a “hellish” summer. And for many, this was a good reason to postpone the vacation.

“It’s been a tough summer, even for travelers who can afford it,” David Pryor, founder of the Prior travel club, told Bloomberg. “Inflation has pushed already high prices even higher and people have been stunned.”

While the cost alone may have put many off, the unprecedented weather has forced others to postpone their plans or travel elsewhere. “Places like the Balearic Islands or Greece were too hot for some people,” Pryor says. “We started noticing that people were avoiding these places or even giving up on the idea of ​​traveling in the summer.”

Of course those who do not have children of school age prefer to rest in the “velvet season”, to enjoy less crowded and more affordable trips to resorts like the Greek islands. According to experts, this year will be a little different. “Usually there was a big slump from August to September,” says Charles Neville of New York-based travel agency JayWay Travel, “but now it’s about shifting that time frame to October and even November.” However, as Neville says, good offers from tour operators are still valid. The fact is that it would be nice to get the perfect combination of great weather and financial affordability.

Bloomberg has identified six of Europe’s best fall vacation destinations that travel experts are betting on this year:

Santorini Greece
The further south the direction, the longer the summer lasts there, says Bree Shelley from the travel agency Embark Beyond. In places like the Balearic Islands of Spain and Greece, you can enjoy warm and dry weather until October. Santorini has the longest season in the area, staying open until November.

For example, a Bloomberg article states that airfare prices on Google searches plummet from late August to late September. If you wait until mid-October, you’ll save even more as prices vary (round-trip flight from New York to Athens is only $550).

The fall in prices is also noted in hotels. According to the website, at Katikies Santorini, one of the island’s classic hotels in the caldera of Oia (Οία), the cost of an overnight stay drops from about 1,000 euros at the end of August to 600 euros in mid-October.

But, as Shelly says, if you go to the island’s famous nightclubs, you’ll be disappointed, as they’ll be almost empty. However, many taverns and cafes are usually open until the last visitor. “If you choose to go to Santorini for the amazing sunsets, delicious food, and comfortable stay, autumn is a truly incredible time,” says Shelly.