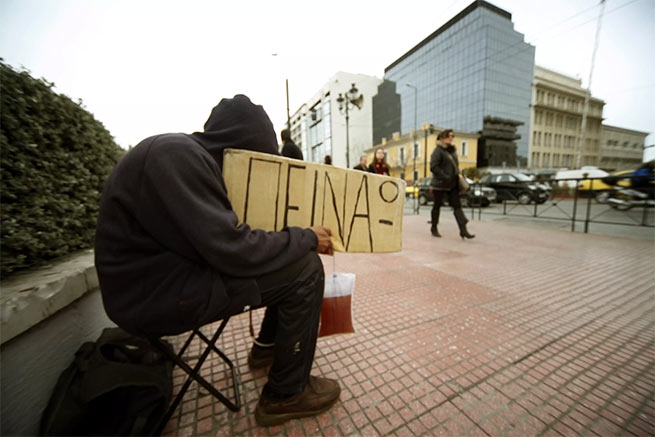 A new measure of support for the population, which is not surprising given the situation in which the country found itself under the Mitsotakis government, the prime minister is expected to announce in TIF, the introduction of “food cards”, that is, food rationing, so that the people of Greece can survive the coming difficult winter and don’t die of hunger.

Basically, it will be a voucher in the form of an intangible card, with which the Greeks can go to the supermarket and buy some basic food items (pasta, lentils, etc.).

Today, most of the Greek population is in a difficult economic situation and lives at the level of the lower social strata of neighboring countries such as Albania, Moldova and Bosnia-Herzegovina.

Therefore, it is possible that after subsidies for fuel and electricity, food subsidies will enter our lives, which indicates the situation in which the inhabitants of Greece find themselves, in need of state support in order to fill up with gasoline, have electricity, and now also eat.

The citizens of Greece have been completely impoverished in just 3 years as they “pay” for two choices made by the Mitsotakis government:

1. The introduction of the most stringent quarantine in Europe, during which small and medium-sized businesses were financially destroyed.

2. Unconditional US support for measures related to supporting Ukraine, which is why Russia included Greece among the enemy countries, which led to a sharp jump in gas prices, and in turn led to a domino effect of increasing prices for everything.