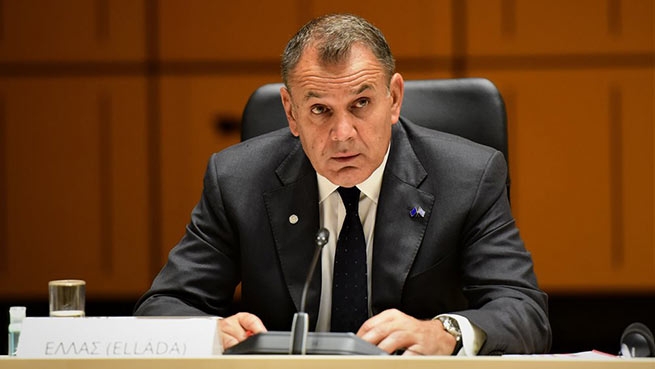 Nikos Panagiotopoulos took part in the meeting of the countries’ defense ministers EUheld in Prague, and explained that European defense must be strengthened to cope with … Russian aggression.

The Greek Defense Minister expressed concern about the serious consequences of the war, while pointing out the need to coordinate efforts to end it. He also stressed the importance of Europe’s strategic autonomy and the contribution in this context of future programs such as joint procurement of defense equipment based on the Proposal for an EU regulation on joint supplies and their exemption from VAT. At the same time, he mentioned the desirability of exempting joint purchases of military equipment from existing budget deficit criteria.

The Minister pointed to the contribution of Greece in the form of weapons, military equipment, medicines and humanitarian aid, as well as the importance of the full implementation of sanctions against Russia. He noted that when discussing the proposal to create an EU military assistance mission to Ukraine for military training, it is necessary to take into account a number of aspects and factors related to its development.

As part of the meeting, the EU defense ministers communicated with the Minister of Defense of Ukraine Oleksiy Reznikov via videoconferencing.

PS Everything is fine with Turkey. Greece has problems only in Russia.