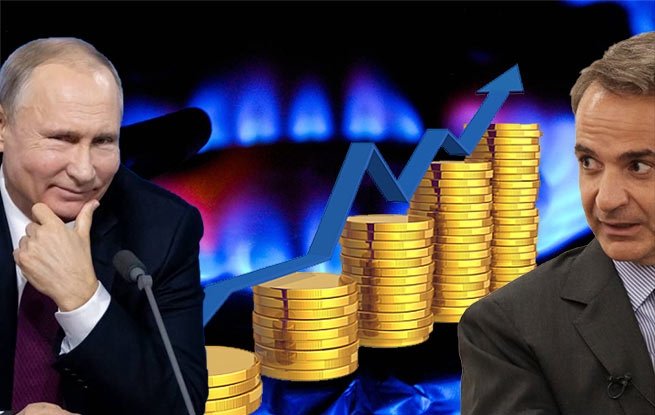 Greece insists on the introduction of EU capping natural gas prices and removing the link between the price of electricity and the price of natural gas. This was announced on August 30 at a meeting of the Council of Ministers by Greek Prime Minister Kyriakos Mitsotakis.

“Now is the time to implement at the European level what I proposed to my colleagues exactly seven months ago: the ceiling on natural gas prices, the elimination of the linkage of electricity prices to the price of natural gas, in other words, finally, a pan-European response to the (energy) crisis”, the Prime Minister pointed out.

Greek government spokesman Ioannis Ikonomou said at a briefing on Monday that the authorities allocated €1.9 billion in electricity subsidies to households and businesses in September and will continue to support them during the energy crisis. According to him, €1.1 billion for these purposes will come from the windfall profits of electric companies, which are transferred to the Energy Transition Fund, and €800 million from the state budget. This covers 100% of the increase in the cost of electricity for social tariffs for the population, 94% for all other tariffs for residents, 89% for small and medium-sized enterprises and 90% for tariffs for agricultural producers, Iconomou said.

Meanwhile, the German authorities also expressed their readiness to discuss the introduction of a maximum price for Russian gas imports at the pan-European level, notes “RIA News” with reference to the leading Italian newspapers la Repubblica and la Stampa.

The signal from Berlin came in the form of a message in the chat of the EU energy ministers, which was written by the Vice-Chancellor and Economics Minister of Germany Robert Habeck. Minister for Ecological Transition Roberto Cingolani, who read Habek’s message, has already called Germany’s readiness to discuss the Italian initiative a “historic result.”

Meanwhile, Sergey Sasim, director of the Center for Research in the Electric Power Industry at the Higher School of Economics, believes that in the near future the EU will not be able to completely abandon hydrocarbon raw materials at the expense of renewable energy sources (RES), and there are technological reasons for this, fixes PRIME.

“It is impossible to achieve the EU’s rejection of hydrocarbon raw materials through green generation in the short term. Technological progress has not yet formed technologies that can effectively replace traditional types of generation. The rooted construction of various types of renewable sources requires the creation of reserve capacities of traditional generation, since renewable energy sources are too unstable and cannot ensure the reliability of energy supply at the level of modern European standards,” the expert explained.