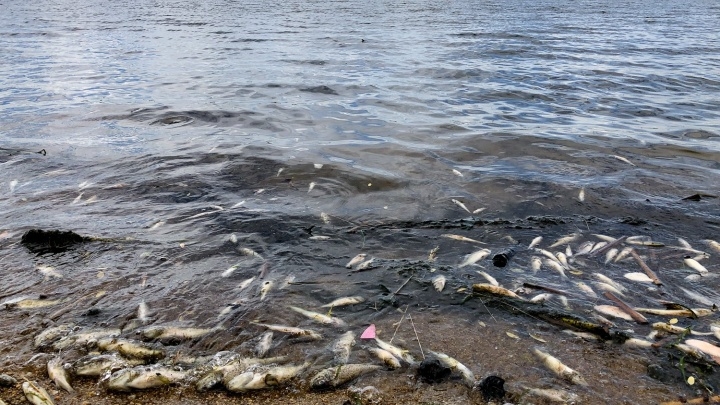 A lot of dead fish washed up on the beach in Assos-Korinthia. Bathers were quite surprised on Monday afternoon (29/8) when they saw that dead fish continued to wash ashore.

Many of the marine life floated on the surface of the sea. Then people began to collect them from water and sand into bags. It looked like an ecological disaster had occurred – perhaps chemicals or sewage being dumped into the water, which is why the mass death of fish was observed.

The bathers decided not to risk “and not to dip into the unknown what is dissolved in the water,” and soon left the beach. At the same time, they informed the coast guard, which went to the scene and recorded the incident.

In social networks, witnesses of the incident published photos, which recorded much more dead fish than was officially reported. Of course, it is difficult to accurately determine its volume from amateur photographs, since they depict only certain sections of the coast. The opinions of experts are divided: is it possible to swim in the water in which the decomposed fish swims. The cause of the pestilence is established.