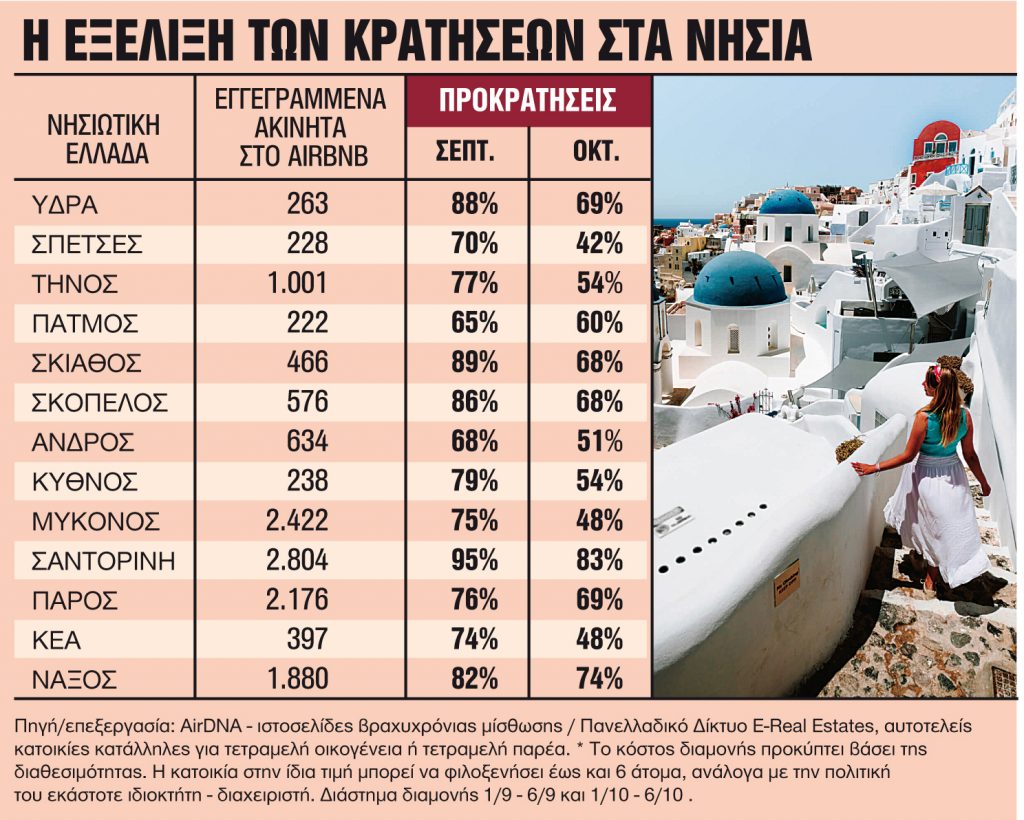 Between 80% and 97% of pre-bookings are recorded in popular tourist destinations in Greece.

The trend of high occupancy until the end of October, accommodation in the best resorts in the country continues at a high pace, bringing joy to the owners of the tourism business. It is obvious that the big bet made on the prolongation of the holiday season is justified.

Characteristic indicators of short-term rentals: this year again recorded a significant increase and is expected to exceed even the level of 2019.

Pre-orders for luxury holiday homes with private or shared pools through the first week of October are between 80% and 97% on various popular islands, according to online platforms.

The largest number of pre-bookings – in Santorini and Mykonos, while information indicates that a similar picture is observed in Crete and Rhodes (the main “engines” of Greek tourism). No less positive messages come from Hydra and Naxos, as well as from Skiathos and Skopelos.

According to research by AirDNA, it appears that demand for short-term rentals during the summer season, based on bookings made for July, August and September, has increased by 26.5% compared to the corresponding period in 2019 (in terms of pan-European).

Experts are delighted: the Greek summer is now longer and does not stop with the opening of schools in early September. In fact, this year the revenue target is more than 1.4 billion euros, which exceeds the turnover of 2019.