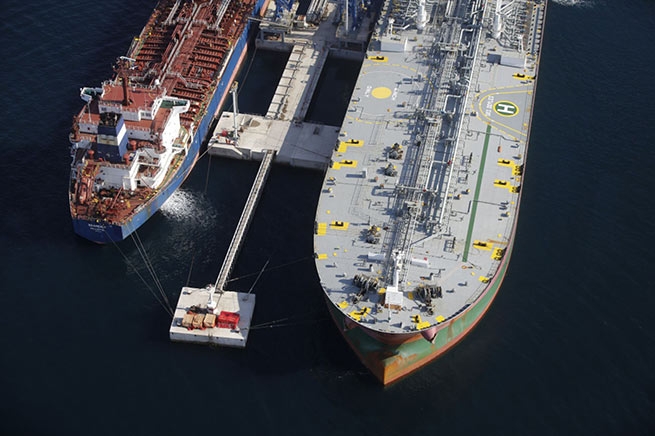 Greece is trying to get rich before sanctions against Russian oil come into force, writes the Spanish edition of El País. Now its tankers are transporting record volumes of black gold, which cannot but please Moscow. And Ukraine accuses Greece of trying to cash in on the conflict.

Greek charterers have seen enough of the consequences of the pandemic and now decided to fill their pockets before sanctions hit Russian oil, writes El Pais. On December 5, a ban on its import into EU.

Since February 24, when Vladimir Putin launched a special operation in Ukraine, Western countries have reduced their purchases of oil from Russia, but at the same time, sea freight companies have stepped up.

“Western-owned tankers broke the record for shipping from Russia (…). Attracted by the high cost of freight, shipowners increased the volume of Russian oil transported to the world market, which helped Moscow create the financial cushion that it so badly needed,” said the publication Institute of International Finance researcher Jonathan Pingle.
According to the Institute for Strategic Studies of the Black Sea Coast of Ukraine, tankers of Romanian, German, Danish, Italian and Spanish firms arrived in Russian ports in June for oil.

But the Greeks excelled most of all. If before the special operation Greek tankers transported 35% of Russian oil, then after it began, the volume increased to almost 55%.

This is due to the fifth package of sanctions, which prohibits Russian-flagged ships from mooring in EU ports. The US and UK have gone even further and extended the ban to ships owned or chartered by Russian companies.

Another reason is that it’s just a very profitable business. The risks of navigation in the waters closest to the conflict zone, high demand for oil and discounts on Russian fuel during a period of high prices have all led to higher transportation costs.

Ukrainian authorities have already begun accusing freighters of trying to profit from the conflict. “We see how Greek companies provide most of the fleet for the transportation of Russian oil. I am sure that this does not benefit the interests of Europe, Greece and Ukraine,” — Zelensky said at the beginning of July. The Ukrainian ambassador to Greece repeatedly asked Athens to “stop doing business with Russia,” but the charterers said their tankers were “doing nothing illegal.”

But from December, the sanctions are expected to deprive charterers of a gold mine. The head of a Greek company that has been shipping Russian oil in recent months said that the sector is aware of the upcoming restrictions, but still hopes that the EU will make an exception for this energy resource. London, for example, eased sanctions: it is forbidden to insure only those ships that transport Russian oil to the UK.

Greek lawyer Paris Anestis, who specializes in European law, explained that the British Lloyd’s of London and companies based in the EU issue 90% of ship insurance. “Sanctions could have a broad impact,” the lawyer said. According to him, “alternative ways” will be sought for Russian oil, for example, new insurance companies may appear outside the EU and the UK.

Carriers are already trying to the full extent of illegal methods of transportation. The Sunday Times concluded that in the area of ​​the Kerch Strait and the Russian port of Kavkaz, cases of transshipment of oil and oil products in open waters have increased tenfold since the beginning of the conflict in Ukraine, and most of the tankers receiving oil belong to Greek companies. And not only near the port of Kalamata (Greece), according to Reuters, not only reload oilbut even Russian ships receive oil processed in Greece for further export.

Analytical company Lloyd’s List Intelligence has identified similar practices in Denmark, Malta, and Gibraltar.
In turn, the Greek professor Gelina Harlaftis (Gelina Harlaftis) notes that the Greeks have long tried to win a dominant position in maritime transport and for this “neglected restrictions”, “used the political crisis.” On this, they made a fortune, ranging from breaking the French naval blockade during the Napoleonic wars and ending with the supply of grain to Russia during the Crimean War.