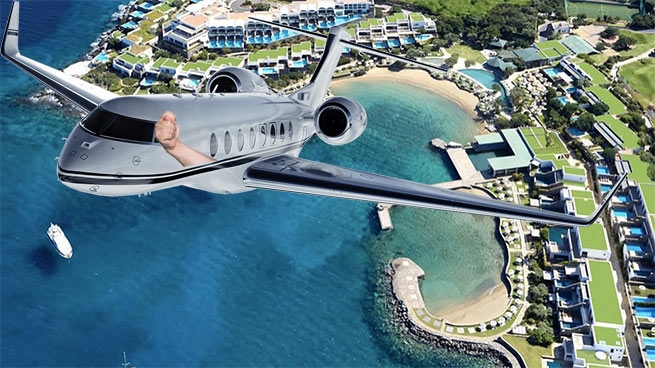 Russian billionaire who was not allowed to enter Greece by the Greek government due to “sanctions” imposed EU in relation to wealthy citizens of Russia, flew to a luxurious resort in Turkey.

After a call from N. Dendias, the Russian was not accepted at the famous Elounda hotel complex, where he was going to stay with his family in a number of ultra-luxury apartments, and was asked to leave Greece, according to the Greek edition ProNews.

The Russian billionaire boarded his private jet and flew to Turkey with his family. The publication recalls that in his previous visits, this person left more than 5 million euros for various events that they held (parties, weddings, etc.).

“The decision of N.Dendias, of course, corresponds to the sanctions signed by Greece, but who will give us this Russian money?” asks the Greek edition.

ProNews estimates the damage to the Greek economy in the amount of 600 million euros due to the lack of Russian tourists who did not come to Greece this year.

The chronicle is as follows: On Sunday afternoon, a Russian businessman, his family and accompanying persons landed in a private jet at Nikos Kazantzakis Airport in Heraklion. During passport control, it was established that both he and all members of his family are on the list of the Russian elite who are denied entry to the European Union.

The headquarters of the Greek police, as well as the Ministry of Foreign Affairs, were immediately notified. The publication reports that a personal call was made by the Minister of Foreign Affairs of Greece, Nikos Dendias, to resolve the situation, as local officials did not dare to send such a wealthy tourist.

After the appropriate procedures, the aircraft was ordered to return to its home airfield, taking both the Russian businessman and his family outside the European Union, that is, to Turkey.

The businessman’s name has not been released.