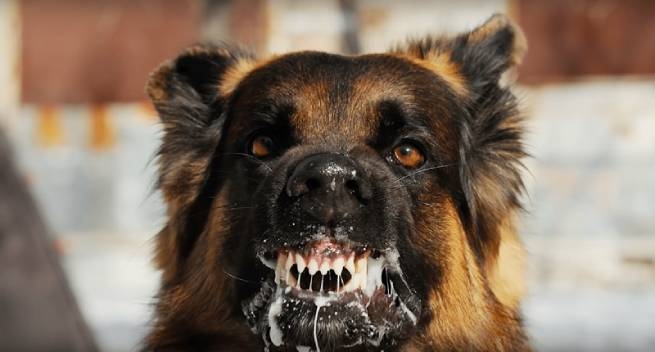 In Susaki (Corinth) a pack of stray dogs attacked tourists from the UK – two children and their father.

Children 9 and 11 years old, thanks to their father, received minor injuries, and a 52-year-old man underwent surgery. And no wonder – 15 (!) Dogs attacked the family. Describing the horrific incident to the Daily Mail, victim Stamatis Kapatianos said:

“We walked a kilometer along the hiking trail before the dogs ran up to us. My first reaction was to stand between the dogs and the children. I only had a backpack with children’s water bottles in my hands. I used it to stop the dogs before they bit my hand so hard that he flew out of my hands. Then they threw me to the ground and started to bite. I thought I was going to die. I kept asking myself: “How will this end? I lost the will to live. I felt like I was running out of energy.”

After the dogs left the man, they chased his children. Roxy, 11, and Danny, 9, were bitten on the legs. A third child, Teddy, who was “present” at the incident managed to escape. Father says:

“When I saw the children 30 meters behind me, it gave me the strength to continue the fight. It gave me some kind of divine support.”

With the last of his strength, the Briton pursued a pack of stray dogs and still managed to scare them away. The family then quickly got into the car and drove away from the scene. Stamatis Kapatianos says:

“I had to drive for 20-25 minutes without using my left hand. It was the hardest test of the day.”

When the tourists reached the hospital, the children were given first aid, and their father underwent an operation that lasted two and a half hours. He was hospitalized for six days. Last week, Stamatis Kapatianos and his wife filed a lawsuit, reports CNN Greece.