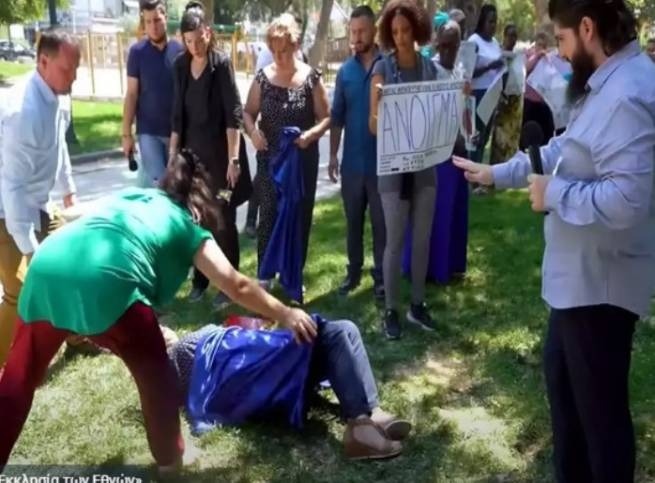 Those arrested yesterday for exorcism in Thessaloniki are expected to appear before the prosecutor on Sunday.

The “Church of Nations” sect (“Εκκλησίας των Εθνών”) is located near the airport “Macedonia”, in the former entertainment center “Neraida”. Law enforcement officers went there on Saturday after numerous complaints from citizens and the intervention of the prosecutor.

As writes Thestival.gr, there were 25 believers inside. Police officers from A.T. Thermida handcuffed the “right hand” (sorry for the tautology) of the head of the sect, who declared himself the temporary head of the institution – the place of worship functioned in eastern Thessaloniki without any permission.

A little later, Charalambos Tsakonidis, head of the “Church of Nations”, voluntarily introduced himself to the police and was also handcuffed. Two more men were arrested for violating the law on religious freedom.

Reference. Exorcism is a custom or rite within the framework of various religions and beliefs, which consists in expelling demons or other impure forces that have inhabited them from a person by performing a certain ritual.