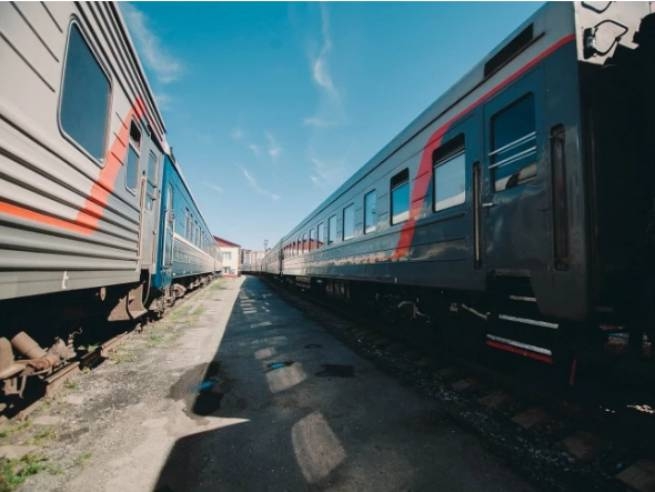 Russian schoolgirls not only beat, but also raped a man, the press service of the Tyumen Regional Prosecutor’s Office reports.

The criminals were girls born in 2005, 2006 and 2007. Their victim is a man born in 1986. The investigating authorities opened a criminal case against schoolgirls under part 3 of article 111 of the Criminal Code of the Russian Federation (deliberate infliction of grievous bodily harm).

According to the data of the Tyumen regional prosecutor’s office, in the late evening of August 20, in the premises of the railway station of the Vagay station of the Omutinsky district, a conflict arose between the victim and the girls. Teenagers, relying on a numerical advantage, solved the problem radically by beating a man. According to other sources, there was no conflict, the schoolgirls simply attacked the man.

But this was not enough for them – as is known from the investigation of the case, the girls raped him with a foreign object, presumably a stick. After the incident, the man is in the hospital. According to the local newspaper 72.RUin the room where the brutal incident took place, the entire floor is covered in blood.

One of the employees of the station, who became an eyewitness to what was happening, told the publication that the man passed his stop and stayed overnight at the station, waiting for the next train. In detail about what happened, she told the correspondent:

The boy passed his station and stayed with us, so the station was not closed. There were three girls there. They didn’t instill confidence in me. The boy looks like maybe 36-37 years old, so thin and not tall. Doesn’t even look like a criminal. When I arrived at the station, everything was covered in blood. And these three girls were sitting there at the station. My colleague and I started asking them if anyone had seen something. We didn’t think girls could do it. They said, “It’s not us,” but apart from them, there was no one there. Then, when they were on the platform, they loudly discussed how they beat them, what they did. They beat him with a tin can that he had with him. Before that, they took off all his clothes, turned him inside out, and tried to burn it all. They cornered him in the toilet, the doors were broken down, everything was covered in blood. Then an ambulance arrived, the doctors examined the man, dressed him, put on shoes, because he was completely naked, and then they took him away. His eyebrows were deeply cut. Then, when the district police officers came to me, they said that he had a concussion, they sewed him up and his body was all blue.

Earlier, the publication reported that the victim died. However, he was alive and is still in the hospital. The employee of the station continued her terrible story:

The whole place was torn to him there. They did it with a stick, most likely. The girl who cleaned it all up later endured a lot of sticks. On Wednesday, I was told that he died in intensive care without regaining consciousness. This man is a visitor, traveling from Tyumen. As we were told by these girls that he was a sex maniac and molested them. And he’s skinny and won’t hurt a fly – he can’t spank.

The editors have terrible photos at their disposal, which they cannot publish for ethical reasons and without the consent of the author. On them is the toilet of the rural station, in two booths of which the doors are broken. There is blood everywhere. Editorial 72.RU requested information from the Department of Health, the Ministry of Internal Affairs and the UK. There is no official comment from the departments at the time of publication. According to local residents, teenage girls have a bad reputation in the village. They were repeatedly reprimanded by adults and even reported to the police.

The prosecutor of the Tyumen region, Vladislav Moskovskikh, took control of the course and results of the investigation of the criminal case. In relation to girls and their parents, who are legally responsible for the actions of their underage children, they are checking, writes BB.LV.