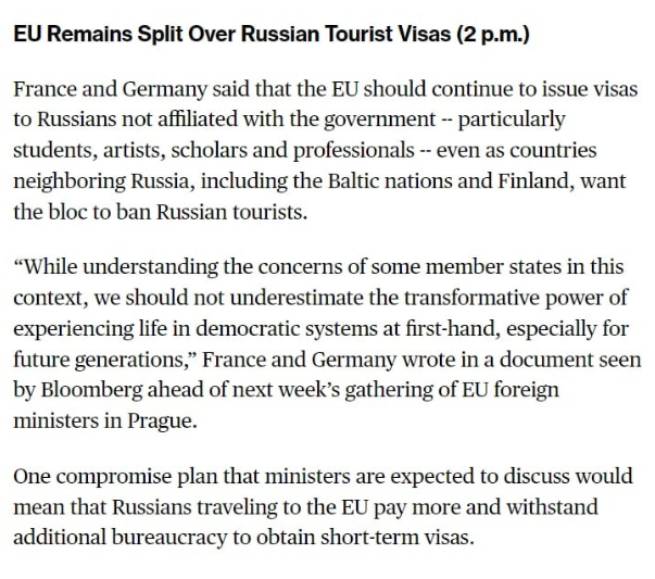 The two leading countries of the European Union do not agree with the ban on visas for Russians. They make an alternative proposal as a compromise.

According to Bloomberg, in a joint statement, Germany and France will propose EU take more money from Russians for visa processing. The agency refers to the text of the document, already prepared for the meeting of EU foreign ministers, which will be held on August 31 in Prague.

It notes that the European Union should continue to issue visas to Russian scientists, students, artists, and various specialists. The document says:

“Realizing the concerns of some Member States in this context, we should not underestimate the transformative power of the direct experience of living in a democratic system, especially for future generations.”

The agency claims that the meeting of foreign ministers gave the European Union this statement will be seen as a compromise solution. If this option is approved, Russians will not only have to pay more to obtain short-term visas, but also go through additional bureaucratic procedures.