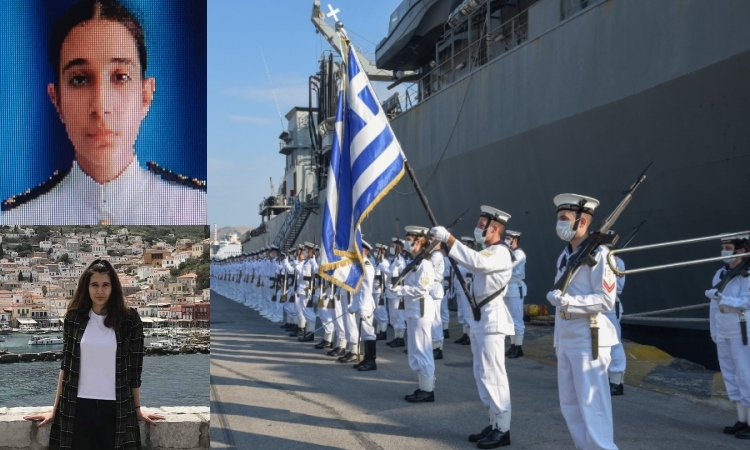 Talia’s family is in mourning, they still cannot believe that their 19-year-old daughter passed away suddenly.

Causes of death of a 19-year-old navy cadet, who was on board the Prometheus ship and died a little more than 48 hours after she felt unwell, are “shrouded in a veil of secrecy.”

On Tuesday 23/08 she developed a fever and was immediately given antipyretics and antibiotics, but the symptoms persisted. Recall that 158 ​​cadets participated in the training raid on two ships, the Canaris frigate and the Prometheus ship (the largest ship in the fleet). On board the Prometheus was a cadet who had just completed her first year of training. Two ships were heading to Naples, but due to the illness of a young woman, the ships were “hurried” to arrive at their destination.

Upon arrival in the Italian city, the cadet was taken to the hospital, where she developed a hemorrhagic rash, and then sepsis. The patient’s clinical picture worsened “right before our eyes”, as a result, she ended up in intensive care. Doctors from Greece also went to Italy, but the girl died on Thursday morning. Her family was immediately informed and the body would be flown to Greece aboard C-130.

What does the Naval General Staff say?

At the Main Headquarters of the Navy, the message reads: “On Tuesday, August 23, 2022, 1st-year cadet of the Navy K.E. who was on board PROMITHEUS as part of the Naval Cadet School summer training course, was transferred to a hospital in Naples (Italy) because she developed a fever of unknown etiology. In the morning hours of August 24, her clinical condition deteriorated sharply, and she was transferred to the intensive care unit, where she died on the morning of August 25. The exact cause of death is being investigated. The General Staff of the Navy expresses its grief over the death of the cadet of the Navy and sincere condolences to her family and loved ones.

Two cadets of the Naval Cadet School, who took part in summer naval training, have low-grade fever and stomach pains. As a precaution, they were transferred for treatment to a hospital in Naples, where the girl was also. Their symptoms point to poisoning. According to onlarissa.gr, the possibility that they were poisoned during their stay in Tunisia is being considered.

Navy sources say they are being more cautious after Thalia’s tragic death precisely because they the cause of her death is unknown.

What the girl’s aunt says

Meanwhile, Talia V.’s aunt tells ThessToday.gr that a cadet contracted the coronavirus ten days ago, and when she tested negative, she was on duty around the clock without even having time to eat…