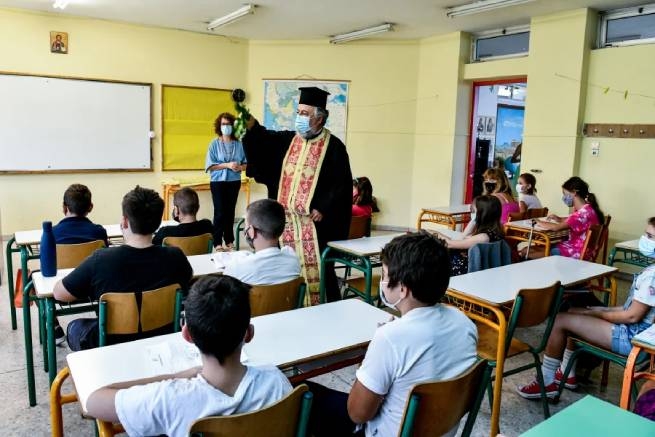 The Greek Ministry of Education is going to implement something that even the previous government of SYRIZA, scolded by everyone, did not dare to do.

These days, another attempt is being made to effectively cancel the course of religious studies in Greek schools, with the media promoting the opinion of the Office for the Protection of Personal Data, according to which an exemption from the course is also provided for Orthodox Christians.

The Office, chaired by the Honorary President of the Council of State Konstantinos Menudakos, believes that the reasons that can justify the exclusion of the course are not only those related to the religious consciousness of the children and their parents or guardians, but any other that goes back to more general ideas.

In fact, it is considered that the exclusion of a course of religious education is constitutionally permissible only for non-Orthodoxwho are not Christians, but it is ruled that the same right should be given to Orthodox students in case they disagree with the content of the lesson.

It is clear that in practice this will turn the religious studies lesson into a secondary activity not only for teachers, but also for students whose parents will be asked to choose whether their child will have a “less amount of knowledge”, especially in high school.

It remains to be seen whether the Ministry of Education will implement this idea, thus proving that it has managed to “surpass” SYRIZA in this area, as well as in other liberal issues, by introducing all sorts of innovations.

The leak of information about the “idea being considered by the Ministry of Education” indicates that it, at a minimum, “checks” the reaction of the population.