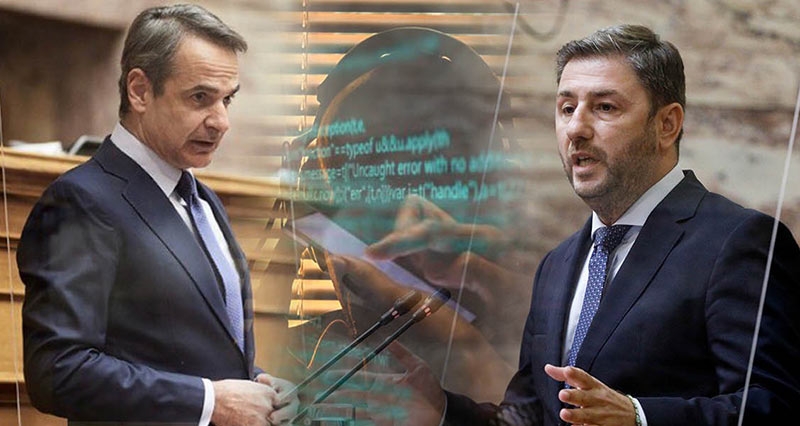 One of them is the main political conclusion from the criminal wiretapping case, namely: the possible post-election cooperation between Mitsotakis and Androulakis finally disappeared after the incident.

The wiretapping case, besides having a criminal dimension, is a political mistake of enormous proportions, because after everything that happened, the New Democracy government managed to create a common front between PASOK and SYRIZA, and thus remove the only possible partner in the future government of cooperation. On the contrary, SYRIZA received a potential future partner in a coalition government.

It’s not just that the current Prime Minister intercepted the negotiations of N. Androulakis. He justified this act by saying that it was because of… Turkey! “Do not forget that our neighbors remain unpredictable. In Evros, a new wave of invasion is already planned under an allegedly humanitarian mask,” he said.

There is no doubt that N. Androulakis not only does not want to work with the person who recorded his personal life, but also no longer wants to see him. Even if the ND wins the next parliamentary elections, whenever they take place, it will have no one with whom it can govern jointly.

Recall that the next elections will be held by the principle of simple proportional representation. This means that the party with the most votes does not receive the 50-seat bonus she received in the previous election.

However, even if by-elections are held in accordance with the new electoral law passed by the ND government, it will not be able to form an independent government, since for this it needs to receive at least 37% of the votes.

Under current conditions, this number is unrealistic for New Democracy (and probably not for anyone). This means that we will have to look for partners with whom it will be possible to create a coalition government. At the same time, New Democracy seems to be “running out” of alternatives.

This, of course, causes another side effect: Mitsotakis has become “too difficult” for the ND and the likelihood that he will be replaced as leader in the next party elections is very high.