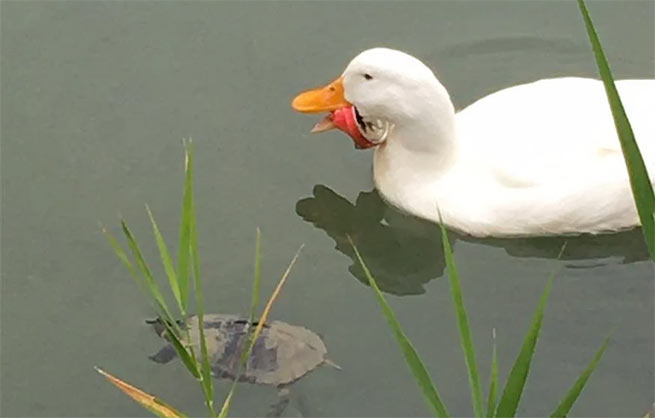 A large-scale mobilization of EMAK fire service rescuers and volunteers to save a duck from immediate danger took place on Thursday at Lake Beletsi.

The bird had a damaged soda can lid stuck in the bottom of its beak and was in danger of dying from hunger and thirst. Visitors to the lake saw the suffering duck as early as Monday and called local authorities and animal welfare associations. But it was only on Tuesday that the operation was organized. “Save the Duck”. From time to time, the duck made loud noises in desperation, which attracted the attention of visitors.

There was always a small turtle next to the duck, apparently as a sign of support and solidarity with the suffering lake friend. 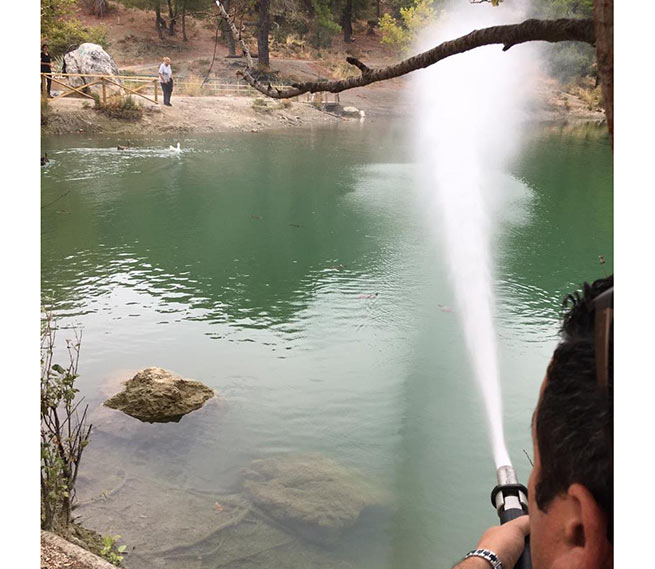 On Tuesday morning, when the EMAK rescuers arrived, the first thing they did was to restrict the space of the duck. 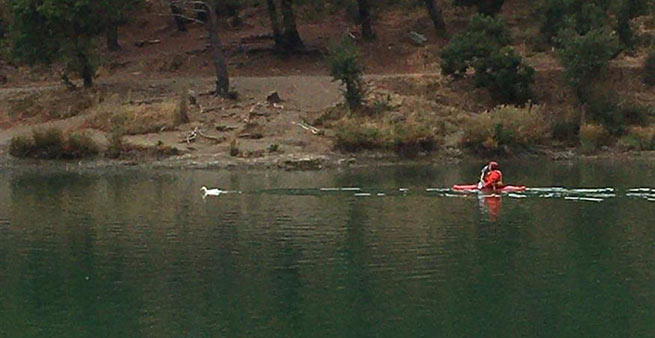 One of the rescuers swam up to the frightened bird in a canoe. 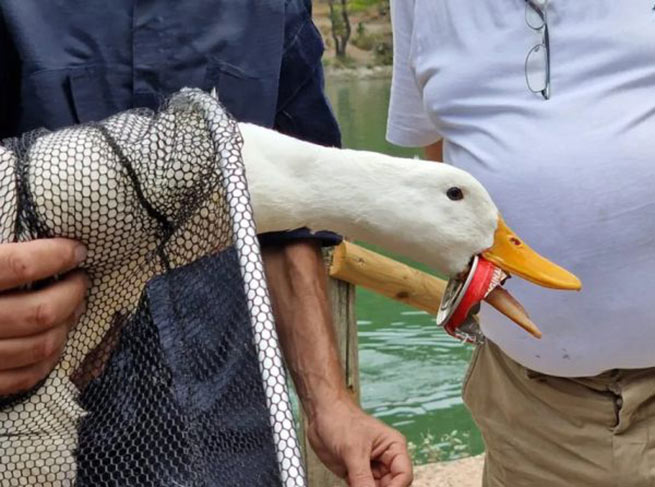 He managed to grab the duck and bring it to the shore. 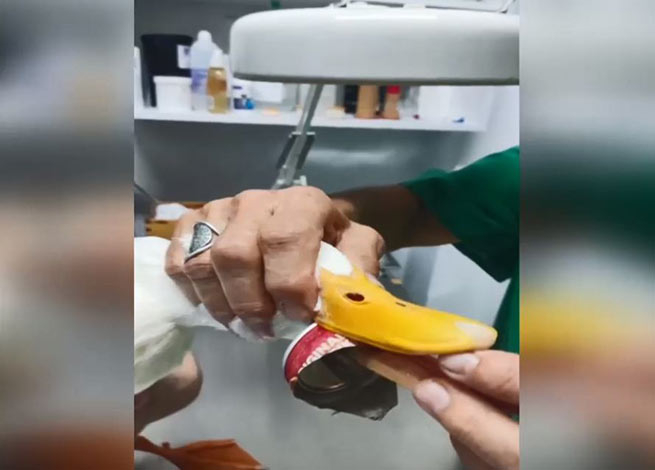 With careful movements, he removed the jar from its beak. 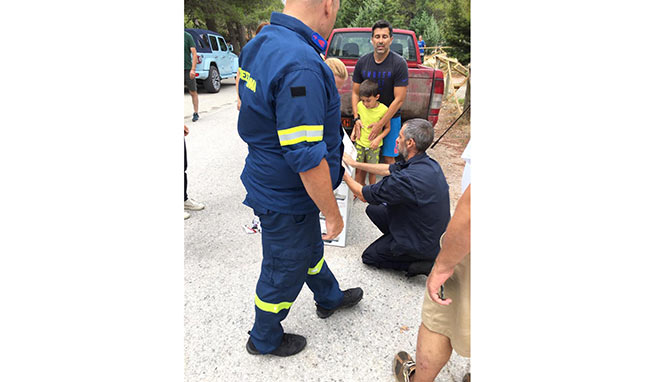 The rescue was greeted with applause from volunteers, members of the Agios Stefanos Animal Welfare Society, local authorities, firefighters and visitors.

The next step was to transfer the duck to ANIMA, the Wild Animal Welfare Association, where it will remain for a while until its wounds heal and the bird fully recovers from the adventure. Once again, the issue of pollution of the territory due to the large number of visitors was raised.

“The massive mobilization that took place, thanks to individuals and the Association of Volunteer Animal Rescuers of Agios Stefanos, has finally borne fruit. The fire brigade and EMAK managed to catch the poor animal, which was trapped with a piece of a soft drink can. The latter is symbolic, as the dregs of our culture become traps for our poor roommates. But since she was saved, thanks to the sensitivity of people, their efforts were not in vain … The jar was taken out, but she inflicted a rather serious wound on the duck’s beak and tongue “— stated in the message ANIMA.

Lake Beletsi is located at an altitude of 650 meters on Mount Parnif, in the north of Athens. This is an artificial lake, in which the first settlers of these places settled ducks, turtles and fish 45 years ago, the publication reports. ethnos.gr.

My father Thanasis Pantos and Georgios Nastos, who also inspired the creation of an artificial lake in 1973, followed the advice of experienced biologists who encouraged them to create a lake with water turtles and eels, as their presence helps to renew the water and the 7,000 square meter artificial wetland . m, – stated May 16, 2021 Panagiotis Pantos, the son of Giorgos Pantos, who was one of the initiators of the creation of the artificial lake Beletsi.