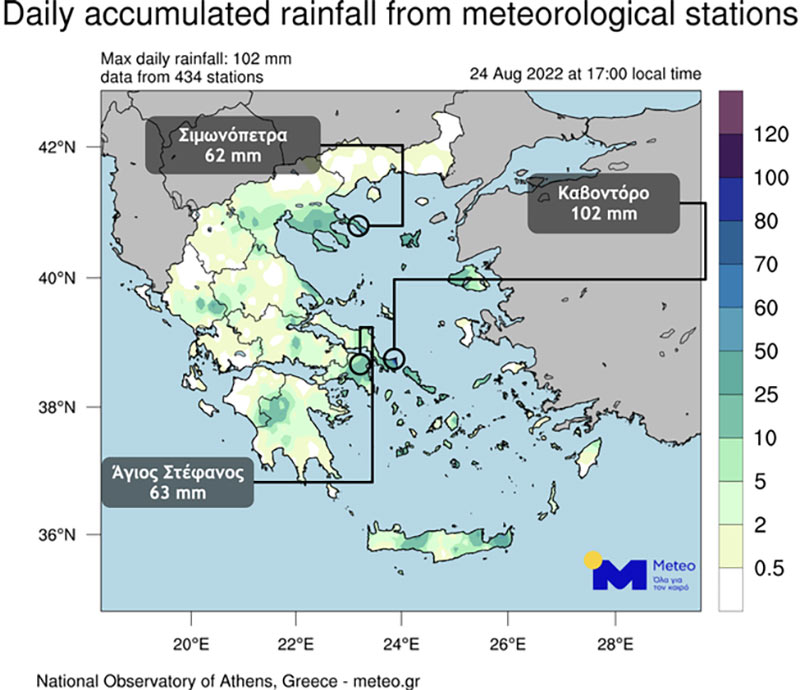 About 50,000 lightning flashes were recorded in Greece in less than 24 hours as powerful thunderstorms hit much of the eastern part of continental Greece and the Aegean islands on Wednesday, August 24, 2022.

According to data published by the National Observatory of Athens and its meteorological service the highest rainfall of 102 mm was recorded at Kavontoro station.

In Attica, the highest level was recorded in Agios Stefanos in the north – 63 mm. 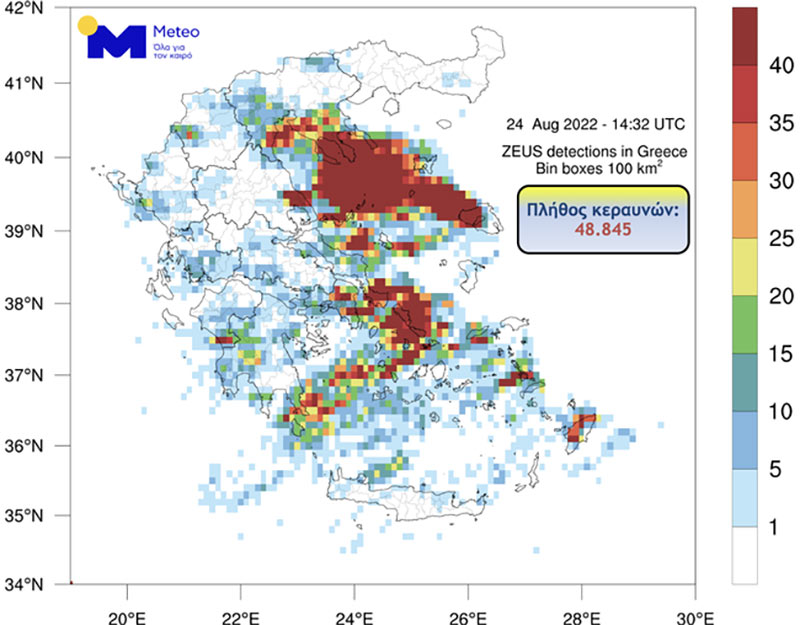 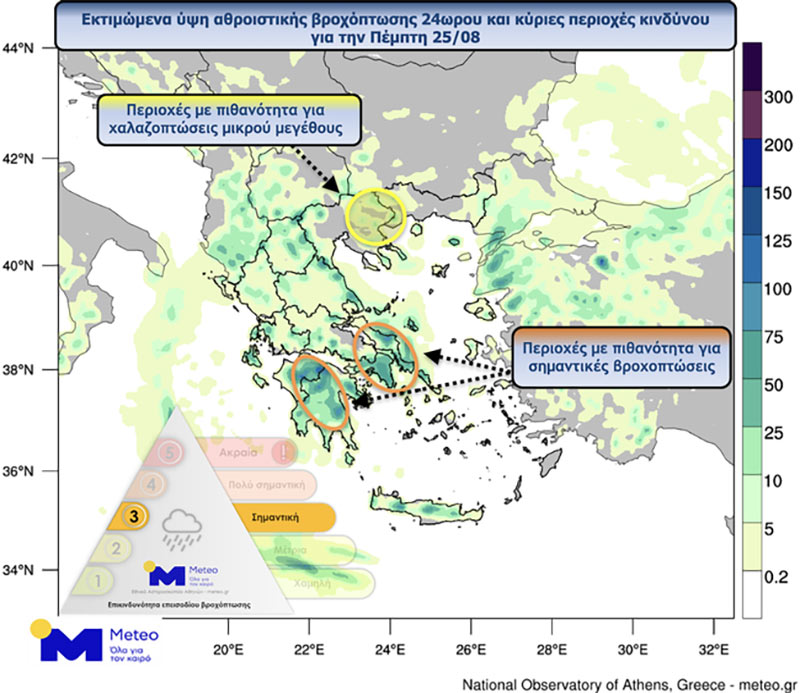 On Thursday, August 25, strong downpours and storms hit Attica for the fourth day in a row.

Forecast for the next few days from windy