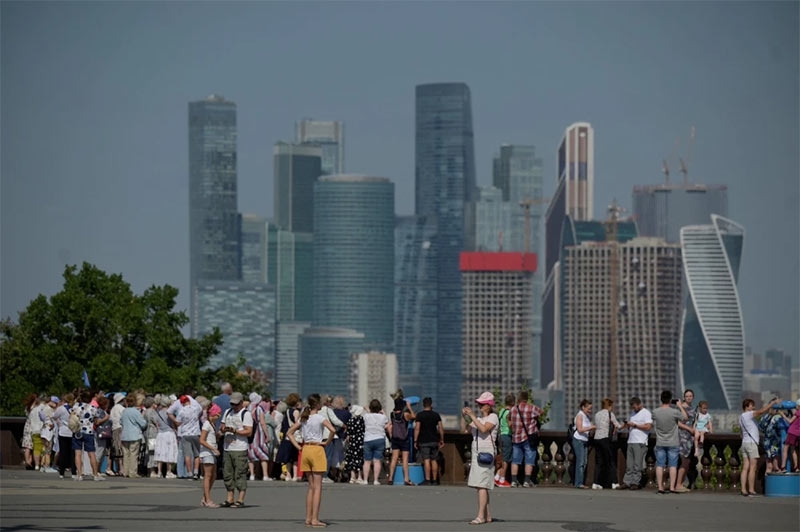 “Your economy will face ‘devastating’ consequences,” US President Joe Biden warned Russian President Vladimir Putin of the sanctions that the US and its allies would impose if Russia invaded Ukraine.

When Putin nevertheless invaded Ukraine, the sanctions really hit hard. However, Putin did not leave. He entered into a duel with the West and introduced his own counter-sanctions. The sanctions war has been going on for almost six months and has entered its third phase (first there was containment, then coercion, and now exhaustion). Who wins in this war?

The first stage, sanctions main element containment was unsuccessful. Putin’s vision of a great Russia and the belief that victory is close – remember what Russian soldiers wore dress uniform in their backpacks, perhaps made him undaunted. But even if he wasn’t fully intent on invading. As we know from other occasions though threats of sanctions have had some success in limiting policy change goals, they could not keep a determined aggressor from starting a war. Not former Italian dictator Benito Mussolini after the 1935 invasion of Ethiopia and Abyssinia, nor former Iraqi leader Saddam Hussein after the 1990 invasion of Kuwait, nor the Soviet Union after the 1979 invasion of Afghanistan.

In the second phase, the wide-ranging sanctions imposed in the wake of the Russian invasion were intended to inflict tangible damage that—along with NATO support for the Ukrainian resistance—would force Putin to leave. Financial sanctions have cut Russia off from much of the international financial system, including freezing almost half of $640 billionheld abroad in foreign exchange reserves. Technologies such as semiconductors, vital for military equipment and for commercial products, mobile phones and automobiles, have been embargoed. Unlike many other sanctions campaignsapplied to other countries, more than 1000 multinational companies stopped or at least reduced business in Russia. More 600 Russian oligarchs and elite siloviki, including Putin and his family, faced individual sanctions. Sports and cultural bans — the World Cup (men’s and women’s), the International Ice Hockey Federation, Formula One, and the Eurovision Song Contest — tried to create a sense of isolation for the average Russian. Although oil and natural gas are of particular strategic importance to the Russian economy, and pre-war production provided about half of the federal budget and one-third of the country’s GDP, the sanctions came into effect more slowly and were more limited, given the energy dependence of those who issue them.

The overall package of sanctions has indeed had a significant economic impact. According to Russian GDP forecasts, this the strongest contraction since the chaotic 1990s. In March, the ruble lost almost half of its value, with 84 to 154 rubles per dollar. In mid-April, the mayor of Moscow warned that 200,000 jobs are under threat. Economy-wide inflation approached eighteen% and even higher in sectors most dependent on international supply chains. As Ukrainian resistance destroyed so much military hardware and sanctions hindered resupply efforts, Russian forward forces faced shortage.

But, as is often done countries under sanctionsRussia has resorted to three main defense strategies to contain these costs: alternative trading partners, bypass, and internal compensation.

Many countries have joined the sanctions, but some key states have refused to apply them. China increased import of Russian oilput some military goods and issued statements of support, although not to the full extent that was supposed in the Russian-Chinese “borderless” partnership before the invasion. Thanks to price discounts, as well as bilateral military ties, India increased its imports of Russian oil from 1 to 20 per cent. With Saudi Arabia and the United Arab Emirates refusing to significantly increase production, the rise in global prices more than offsets even the rebates Russia has resorted to, helping to boost revenues for some estimatedwere higher than a year earlier.

And these oil revenue figures don’t even include the tripling in the number of oil tankers that “gone into the shadows”(including thanks to the Greek shipowners. Note of the editors) so that they would not be detected, and shippers and processors, hiding the origin of Russian oil, mix it with another. Hundreds of thousands of metric tons of Ukrainian grain were stolen and sent to Russia’s allies. There were many other violations sanctionsincluding oligarchs and Putin’s friends found offshore tax and banking havens and safe havens for their superyachts.

With the costs still being covered, the Kremlin has resorted to a combination of economic countermeasures and political repression. Raising interest rates by central banks and capital controls have allowed the ruble to return from a sharp fall to seven year high at the end of June. Raising pensions and bailing out companies helped soften the situation for the average Russian. Arrests and other political crackdowns quelled the initial wave of domestic protests. The few oligarchs who dared to speak out