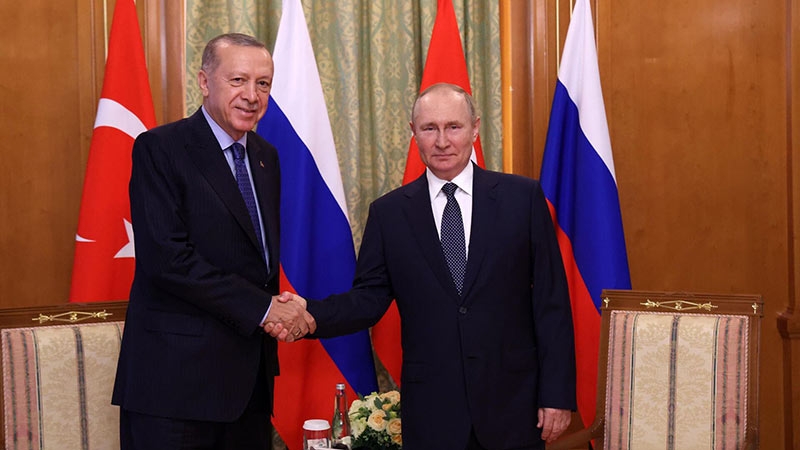 The US Treasury has issued a strong warning to Turkish businesses and institutions that continue to do business with Russia that they risk sanctions.

This was announced by the main business association of Turkey Tusiademphasizing that they had sent a letter signed by US Deputy Secretary of the Treasury Adewale Adayemo, which refers to the risk of sanctions against Turkish businesses associated with Russian individuals and institutions against which Western sanctions have been imposed.

The letter, published by the US Wall Street Journal, warns Turkish companies of “increased risk” of sanctions, highlighting Russia’s “attempts to use Turkey” to circumvent sanctions.

“Turkish businesses cannot expect to trade with Russian sanctioned individuals or entities while maintaining a relationship with the United States. (…) Turkish banks cannot hope to deal with sanctioned Russian banks and maintain relationships with global banks, as well as having access to US dollars,” the Treasury warns, according to the WSJ, in a letter sent to Russia’s main employer organizations.

Recall that in early August, Russian President Vladimir Putin and his Turkish counterpart Recep Tayyip Erdogan after a meeting in Sochi (Russia) reached a number of agreements to enhance energy and economic cooperation. According to official data, Turkish exports to Russia from May to July increased by almost 50% compared to the same period last year.

US Deputy Treasury Secretary Wally Adayemo visited Ankara in June to express Washington’s concern that Russian oligarchs and Russian businesses are using their ties to Turkey to circumvent sanctions. The Turkish authorities have not yet officially responded to the US Treasury Department’s letter.

With a similar demand, the US leadership addressed India 3 months ago. India got out of the created situation, sayingthat it needs Russian weapons to fight China, especially after the 2020 border clashes, and that alternatives are very expensive.

Most likely, Erdogan will also find a suitable explanation, probably referring to the fact that he sells military equipment to Ukraine.