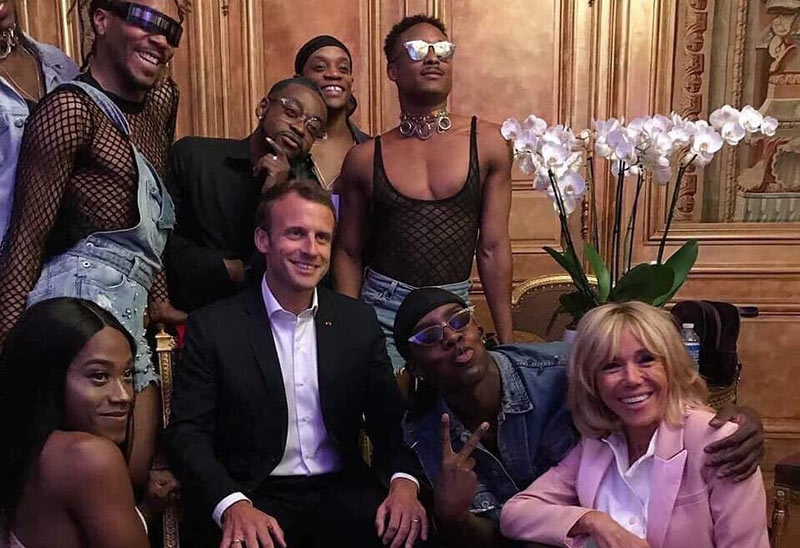 The period of abundance, carelessness and seemingly obvious truths has ended in the world, says French President Emmanuel Macron. How writes Le Figaro, he announced this before the first meeting of the government after the summer holidays.

This is the first time that a French President speaks in such a dramatic manner, which means he can’t sugarcoat what’s to come, and is preparing the French people in the hope that he will assuage their anger at events that are unpleasant for them.

Of course, the reason for what will happen is the Ukrainian conflict and the sanctions against Russia imposed by Western countries to please American aspirations, which do not coincide with the interests of European countries.

“We are experiencing serious shocks,” the French leader stressed ahead of the first cabinet meeting after the summer holidays, which is taking place today at the presidential palace, citing the recent “series of serious crises,” from the war in Ukraine to drought. “The moment we are living in may seem structured by a series of major crises (…) and some may think that our destiny is to manage crises or emergencies forever. For my part, I believe that what we are experiencing is rather , belongs to the order of major upheavals,” said Emmanuel Macron during his speech to the ministers, which was broadcast exceptionally by all French media.

At a time when, faced with this situation, “our compatriots may react with great concern,” Macron urged members of the government to “speak on the topic,” “naming problems very clearly and without catastrophism.” “I expect the government to respect this word and the commitment we have made to the people,” he added. “What I would like to do in the coming weeks and months is to reaffirm the very strong unity of the government, the forces of the majority” around “a path that will allow us to strengthen sovereignty, French and European independence,” he added.

Faced with the “rise of illiberal regimes” and the “strengthening of authoritarian regimes,” the president urged his ministers to show “seriousness,” “trust,” and resist the temptation of “demagogy.”

“It’s easy to promise everything, sometimes to say everything, and anything happens. Let’s not give in to these temptations, this is the temptation of demagogy. Today they flourish in all democracies, in a complex and frightening world. Perhaps it still seems necessary to say pleasant things, then what people want to hear (…), but we must first think and ask whether it is effective and useful,” Macron added, without naming specific conclusions.

According to Bernard Sananes, head of the Elabe Research Institute, the speech of the French leader sounded a break with the “optimistic line” that he had always adhered to. His speech was presented in the form of political foresight. With the onset of difficult times for France, the president decided to announce this in advance, so as not to create the impression that he and his executive branch were not ready for the events.

For Philippe Martinez, General Secretary of the French Confederation of Labor (CGT), the words about the end of affluence brought to mind the millions of unemployed, millions of vulnerable French people. Therefore, he took Macron’s words with harshness: “Has the time already come when the French have run out of problems? 10 million French people are poor because of the carelessness of President Macron and the predation of the rich, ”Fabien Roussel, General Secretary of the French Communists (PCF), expressed outrage, writing about this on Twitter.

From the point of view of Manuel Bompard, an MP from the Invictus France (LFI), under the new conditions, a proportional contribution from everyone is required. Therefore, according to him, neither wage increases nor an end to financial and environmental pressure on the super-rich should be abandoned. And, finally, why not tax the superprofits of transnational corporations, the deputy critically remarked.