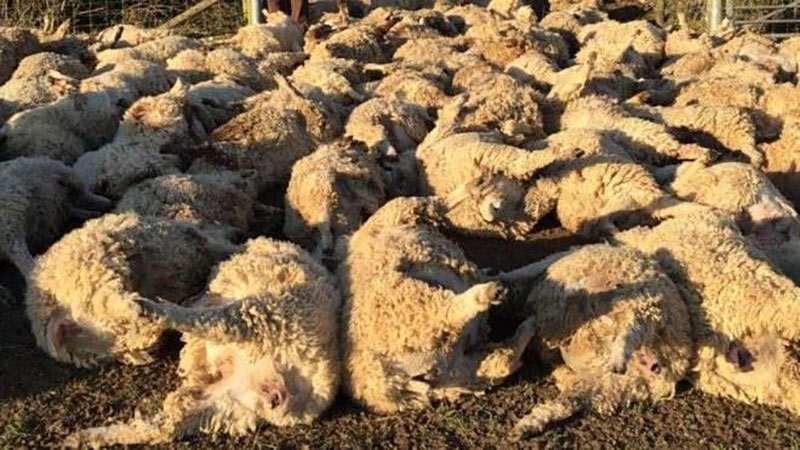 Lightning killed more than 50 sheep in the Vlacha area of ​​Metsovo, northern Greece, during a thunderstorm that hit the area on Tuesday afternoon.

According to the state broadcaster ERT, the frequent thunderstorms that have erupted in recent days are especially strong with a lot of lightning.

Greece ranks first in the list of recorded deaths of people struck by lightning in Europe.

Last Saturday, as a result of a lightning strike on a group of climbers one athlete died and another was seriously injured.