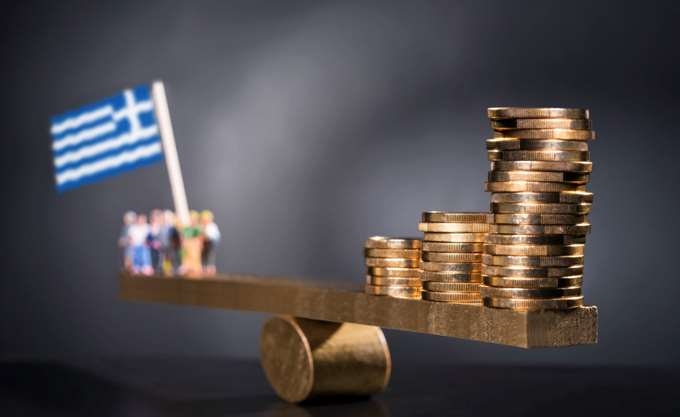 It is with great satisfaction and hope that the lessons learned will finally benefit our country, economy, households and businesses, I listened to Prime Minister Kyriakos Mitsotakis announce the end of heightened oversight and the beginning of a “clear new horizon of growth, unity and prosperity for everyone”, which, as he stressed, will appear on August 20.

This made me dive back into my archive and especially into my new book in the process of being published called The Curse of 1980-1995. “Familiar vices”, which the prime minister recalled as another element of self-promotion for the sake of “saving Greece”, during a twelve-year memorandum adventure that “brought pain to citizens, stagnation of the economy and a split in society,” as he stressed. And they also introduced “unbearable taxes and cuts in wages and pensions, bank control and collateralization of state property, the degradation of national defense, public education and healthcare, as well as the marginalization of Greece’s position in Europe and the world” and “opened wounds in the core of our society”: fanaticism, fires, violence, tragic deaths, such as the death of Marfin Bank, blind doubt in state institutions, the will of the people and the state as a whole. Where lies grew next to the poison of the Golden Dawn, followed by four years of demagogy that cost the country 100 billion and pushed the country to the edge of the abyss,” he added, stressing that “it took hard fighting against populism to keep the country on European path.

plundering the country
In support of this statement about the “familiar vices” that the Prime Minister recalled in his message, I would like to cite all the longitudinal data showing the robbery of the country that took place in Greece in all sectors (economy, society, institutions, households), which was nothing more than a natural development, prescribed with mathematical precision by 15 years (1980-1995) of macroeconomic populism, which acted as a severe “curse” in the following years, peaking in 2007 and 2008, when the international financial crisis and turmoil showed how “bare” the Greek economy was and remains.

As a first piece of evidence supporting the Prime Minister’s conclusion about the “familiar vices” of the memorandum gamble, I present Table 1, which is based on data from my forthcoming book referenced above, data ELSTAT and Eurostat, Bank of Greece and government budgets. The general conclusion that follows from the study of the data in this table is that, despite the implementation of the three epileptic memorandums and the receipt in the state treasury in the form of tax revenues, loans, Community funds and privatization about a trillion eurosalmost all major economic and social variables show a pattern of looting.

conclusions
In particular, the study of the data given in the table below allows us to draw the following conclusions with appropriate comments:

Gross domestic product, national production, with the exception of weak growth in recent years, shows a deep decline, the recession was a nightmare, and GDP figures are still about 55 billion euros away from the landmark year of 2009! Note that in 2020, due to the health crisis, GDP showed the deepest contraction (165.3 billion euros!).

The nightmarish decline in GDP led to a permanent decline in per capita income, which plunged Greek households into unemployment and reduced social security receipts.

The public debt, which was declared “unsustainable” in 2009, continues to grow and increase despite a brutal haircut (138 billion euros) of private property in 2012 to ostensibly reduce it, but in fact most of it (more than 80 billion euros!) is used for other purposes. Today, the debt is at the level of 2011, i.e. 355 billion euros, i.e. this was before the 51 billion euro haircut cut.

The same nightmarish development is happening with debt as a percentage of GDP, which is twice its size.
The increase in government revenue is not justified by a deep recession and therefore comes at the expense of excessive taxation.
Government spending is also rising as a percentage of GDP and is almost completely unproductive as public investment has been dormant throughout this period.

Impoverishment took off at a gallop. This figure is currently 53.7% of the population, which was affected by a decrease in pensions by 24.8 percentage points, which have been cut since 2011 and continue to cut. At the same time, in the European Union, the percentage of poor people is 21.9% (in 2020).

The participation of employees and pensioners in the collection of income taxes is growing remarkably, despite their extermination through the reduction of income and despite the robbery by cutting pensions, which are still waiting to be returned. Also, indirect taxes are growing and multiplying, which are the most unfair and anti-social, even if they are not justified by the recession. Thus, these unfair taxes are 1.3 times higher than direct taxes.

I note that over the same period, the state treasury received about a trillion euros in the form of taxes, loans, funds EU and privatization revenues, as we will see in the next note.