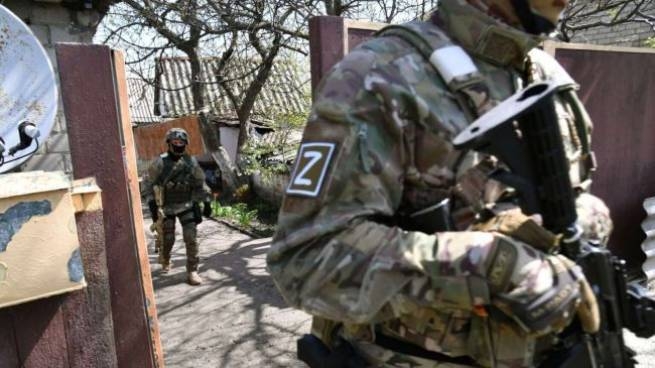 After six months of hostilities in Ukraine, a certain split is observed in Russian society. Some still support their president, others feel sorry for the Ukrainians.

According to AFP, Putin’s decision to invade Ukraine on February 24 took many Russian citizens by surprise and divided their lives into “before” and “after”. But no matter how the opinions of Russians are divided about the “correctness” of the special operation and the need for such a step, the vast majority hope for a speedy end to the war, writes CNN Greece. Thirty-five-year-old Muscovite Dmitry Romanenko, an IT specialist, says:

“I feel very sorry for the Ukrainians. They suffer in vain, they did nothing wrong.

The life of Russians has also changed. Economic sanctions led to the closure of large Western enterprises such as Nike and McDonald’s, airlines and caused high inflation. In Moscow, “Z” stickers on windshields seen on some cars show support for the Russian invasion. And in the center of the capital, with a more liberal composition of residents, the majority of respondents regret what is happening and criticize it. The same Dmitry Romanenko notes that the entry of Russian troops into Ukraine gave rise to economic problems:

“All my activities, all my business is destroyed. I founded a startup. All eight of my plans were destroyed.”

“Obviously things have changed. Everything is more expensive. But the most important thing is that we belong to a generation that spent their childhood years in the war. And it is very sad that our old age also passes with the war. Although we live far from hostilities, we feel deep sorrow for the dead people, regardless of nationality. The fact that a great country is now isolated, that the whole world hates this country … is very bitter for us.”

34-year-old waiter Dmitry Nalivaiko, with a backpack from which a scarf with Russian flowers hangs down, says:

“We shouldn’t fight each other. This is not good. Let’s let the politicians collide, not the people who suffer from all this. Everyone suffers.”

Amid the outrage of some Russians and despite the consequences of economic sanctions, there are those who support Putin’s decision. At a military forum held in Moscow last week, some expressed their support with “Z” T-shirts. Olga Kosova, a 55-year-old nurse, says Russians have a “duty” to support pro-Russian separatists in Donbas, “even at the risk of their lives.” Her 34-year-old son Vladimir Kosov also thinks:

“Our commander did the right thing by sending troops to confront the Ukrainian “nationalists”.

And Mikhail Nikitin, a 35-year-old IT specialist, says:

“I believe that sooner or later it would be necessary. Better a terrible end than horror without end. In any case, sooner or later, we will win, and then everything will be better.”

At the same time, AFP did not ask the enthusiastic 30-year-old guys who believe in Putin and the victory of Russia, under the obligation to support the pro-Russian separatists of Donbass, why they themselves did not sign up for the Ukrainian front. The conflict drags on, but those who support the Russian offensive have no doubt about the final outcome. 35-year-old cleaning service manager Nadezhda Zhosan says:

“In the end, our people will win, and between Russia and Ukraine (…), friendly countries, peace will be restored. And all will be well”.