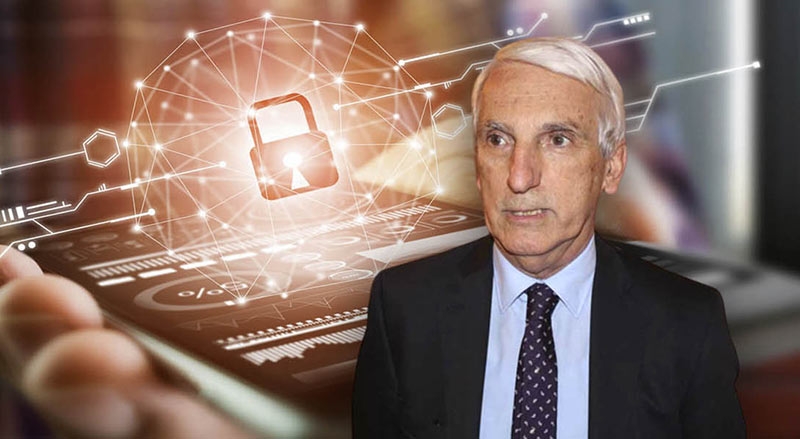 The Parliamentary Committee on Institutions and Transparency flared scandal due to the recognition of the new head ΕΥΠ Themistocles Demiris is that, in addition to Nikos Androulakis and other journalists, other politicians are also being monitored. “No one is an exception” – said the head of ΕΥΠ.

It is emphasized that this is very hard meeting for the new head of ΕΥΠin an obviously difficult position. Characteristically, all opposition parties asked if other politicians and journalists were under surveillance, except for Nikos Androulakis and Thanasis Koukakis, and F. Demiris replied: “The last 15 days I have full control of the service, no one is released …”.

There was a noise in the hall when the deputies from the opposition referred to the statement-recognition of F. Demiris that other politicians and journalists are also under surveillance. In response to F. Demiris’s questions, he did not give any explanations or denials.

Demiris’ confession provoked a strong reaction from the deputies of SYRIZA and PASOK-KINAL. Giannis Ragusis, Pavlos Polakis and Haris Kastanidis were heard shouted at the leader of ΕΥΠ. At the same time, the current Minister of State Giorgos Herapetritis swallowed the tongue, ironically the author of the publication newsbreak. He didn’t say a word in defense of F. Demiris…

It is noted that the quarrel with F. Demiris lasted 30 minutes. Opposition deputies shouted that this was a confession of spying on politicians and journalists. G. Ragusis shouted from the spot 4-5 times that T. Demiris announced that ΕΥΠ was following “even the ministers”, but the head of the secret service did not answer him.

Submit all names to Parliament

Previously reportedthat Pavlos Polakis, co-representative of SYRIZA-PS, filed a request for the names and files of 15,000 people allegedly subjected to surveillance by ΕΥΠ to be forwarded to Parliament. A member of the official opposition reportedly requested relevant data from State Minister Giorgos Gerapetritis, indicating that the Committee on Institutions and Transparency has the right to express an opinion on the appointment of a new EMP commander.

Former Ambassador and former Secretary General of the Ministry of Foreign Affairs Themistoklis Demiris was born in Athens. He studied political science at Panteillon University and holds a master’s degree in Middle East politics from the Institute of Mediterranean and Arab Studies. In the period 1978-1981. worked as a journalist (freelancer) in the review “Political Issues” and editor-in-chief in the magazines “Computer Age”, “Plant”, “Equip”, “Αγροτική Περιουσία”. In 1981 he entered the Diplomatic Academy of the Ministry of Foreign Affairs and was sworn in as a diplomatic attache in 1982. Until 1984, he worked as an attaché and third secretary in the cryptographic service and the Office of the Middle East and Africa.

In 1985 he was sent to the Greek Embassy in Baghdad. In 1989 he was transferred to the Permanent Delegation of Greece to UNESCO. In 1992, he returned to the Central Service, having received an appointment in the Turkish Cypriot department, and in 1994 he took the post of head of the Cypriot department. Since 1996, he has worked at the Greek Embassy in Nicosia as Counselor and Deputy Chief of Staff/Charge d’Affaires.

In 2001 he was transferred to the Permanent Mission of Greece in EU, successively assuming the duties of a representative in the Western Balkan group and leadership of the external relations department of the delegation. In 2006 he returned to the Central Service, taking the post of Director of the European External Relations Office, and in 2007 he was promoted to Minister Plenipotentiary of the 2nd category.

In September 2008, he was appointed to Brussels as Permanent Representative to the Western European Union and Ambassador to the EU, with duties as the Greek representative on the political and security committees.

In 2013, he was appointed Ambassador of Greece to Italy and San Marino, as well as Permanent Representative to the World Food Organization (FAO) and other international organizations based in Rome.

In 2014, he was appointed Minister Plenipotentiary of the 1st category. In May 2017, he returned to Athens and until 01/01/2018 held the position of head of the Directorate of International Financial Institutions. It has been awarded by the Presidents of Egypt, Cyprus, Italy and the Hellenic Republic. Speaks and writes Greek, English, French and Italian. Married, father of two children.

The wiretapping scandal is escalating. Athens News continues to monitor the situation.