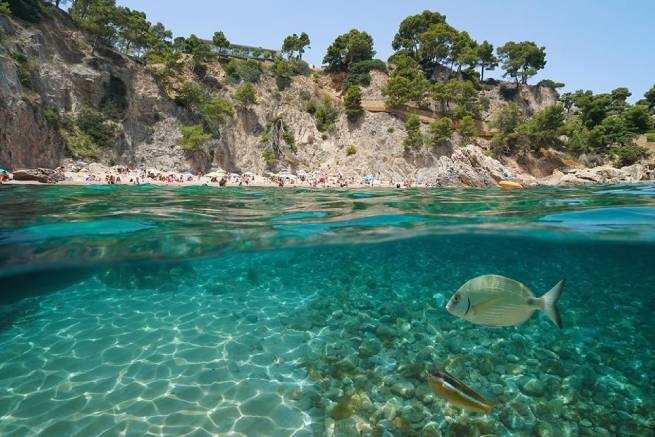 Swimming in warm sea water is a pleasure. However, experts warn that the Mediterranean has become too warm, and this is extremely dangerous for ecosystems.

Scientists say that from Tel Ayiv to Barcelona and the French Riviera, the temperature of sea water exceeds the usual figures for the season by 3-5 degrees. Joaquim Garrabu, a research fellow at the Barcelona Marine Research Institute, says:

“We see the consequences. We receive information from different areas of the Mediterranean, such as Mallorca and Sardinia. We are already seeing the mass extinction of some species of marine animals, plants and other organisms. These include corals, sponges and algae. It also affects aquaculture, such as mussel farms. They suffer the effects of this marine heat wave. Or rather, this wave of heat that spreads below and above sea level.”

Scientists from eleven Mediterranean countries conducted a large-scale study, the results of which are not encouraging. According to its results, approximately 50 marine species were affected by the heatwave from 2015 to 2019, causing mass mortality. Ocean scientists make desperate call to protect 30% of Mediterranean waters from human activity to give ecosystems a chance to regenerate and thrive. BB.LV.