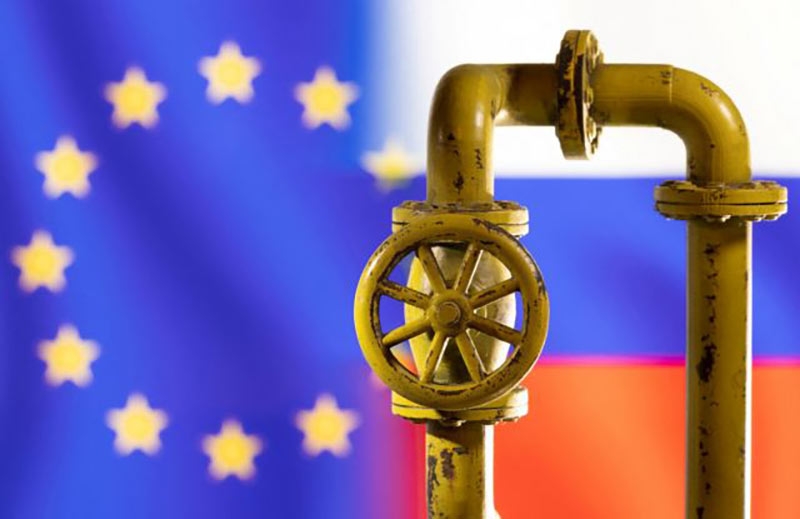 “Is Russia Winning the War?”. Under this title, about 15 days ago, the South East European Energy Institute published a weekly report on energy developments in the region and beyond. Important points are made in the extremely interesting text of the institute, and I thought it would be worthwhile to inform you about their content, “- writes Andreas Andrianopoulos, editor of the economic publication OT.

That is why I quote it in translation almost in its entirety:Once we agree, the report says, what kind of war we are talking about, we must ask questions. Because it seems that now Europe and Russia are involved in two parallel wars. The first is dedicated to Ukraine after the military invasion of Russia. There are fierce battles every day… The situation on the military front is not clear, and there are no prospects for a peace agreement yet…

The second war that Russia is waging against the West and Europe in particular is much wider geographically and is aimed at political and economic destabilization. In this largely invisible war, Moscow has used energy in all its forms to exert maximum pressure on markets and push European gas, coal and electricity prices to unprecedented heights.

The European leadership, under suffocating pressure and deliberately false assurances from the American government to supply enough liquefied natural gas (LNG), completely missed the mark when they decided to impose a series of ineffective sanctions against Russia, while ignoring the possible harsh reaction from Russia.

Combined with gas shortages in Germany and elsewhere, this event forced EU introduce emergency measures that are likely to tighten as winter approaches. In the current situation, Europe is facing a worse energy crisis than the one it experienced in 1973.

The EU leadership also miscalculated Russia’s resistance to sanctions and the preservation of its economy. Contrary to all Western expectations, the ruble has appreciated today in a way that even the most credible economists did not predict in the future, and Russia has earned more dollars and euros from oil and gas sales than last year!

Now the die has been cast in this trench warfare, and Moscow appears to have more cards up its sleeve than anyone could have imagined. Europe’s gas and electricity markets are bound to worsen as prices rise further, while oil prices also rise significantly as production cuts begin to be felt after a decade of underinvestment (mainly due to climate action).

“Western democracies need to understand that the economic field in which they have chosen to confront Russia is wrong.” Andreas Andrianopoulos

Since Russia is the source of more than a quarter of the world’s energy production, it clearly looks like the winner, at least in this part of the game. The results of the economic war could be especially critical for the domestic political development of many Western democracies. We are already seeing some relatively negative results.

Western democracies need to understand that the economic field in which they have chosen to confront Russia is wrong. And completely unprepared. And it can be costly, and not just financially. It would be better to limit ourselves to diplomatic and military support for Ukraine”.