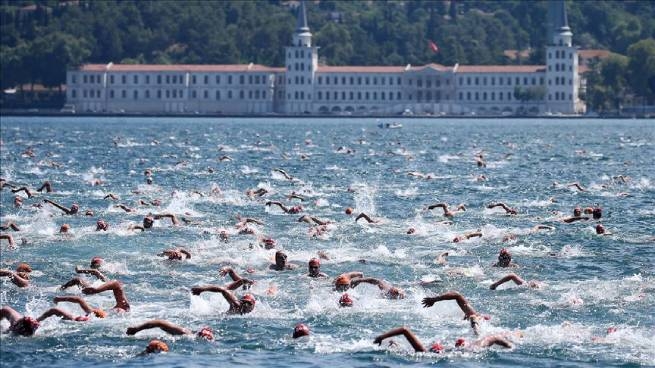 The 34th Intercontinental swim across the Bosphorus took place in Istanbul. The race connecting Europe and Asia was attended by 2,400 swimmers from different countries.

The first competition to cross the legendary strait was held in 1989, since then they have been held annually. This year, luck smiled on the Turkish participants – 16-year-old Burjunaz Naryn (in the women’s category) and Doukan Ulac, who became the fastest among men. The event is held under the auspices and with the assistance of the Turkish Olympic Committee.

Participants of the cult swim were taken on 3 ferries to the Kanlij pier in the Asian part of the metropolis north of the bridge of Sultan Mehmed the Conqueror. The start of the swim was given by the Minister of Sports of Turkey. By tradition, the race ended on the European coast in the Kurucheshme area.

For safety reasons, participants in the swim cover a distance of 6.5 kilometers, mainly in the direction of the surface current of the Bosphorus. The organizers recommend staying in the middle of the strait until you pass the island of Galatasaray. Lifeboats are on duty to assist those who have been swept away by the current and those who have not been able to finish.