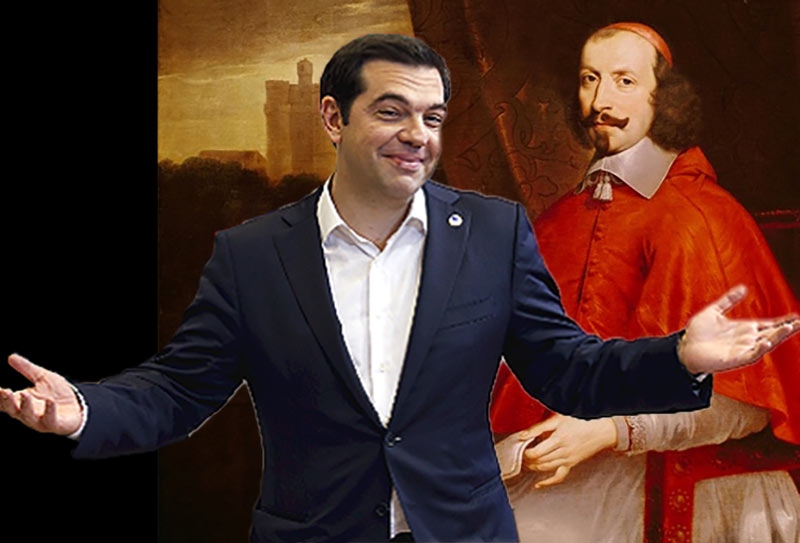 “Give gifts that are worth nothing, such as privileges and positions, – recommended by Mazarin, – or, if you can’t, make promises.”

Is voluntarism the dominant characteristic of the masses, as the French intellectual Etienne de la Boyce argued? The eminent Greek sociologist Evangelos Lebezis gives a different, more convincing, but also very disappointing answer in his famous essay entitled “The Great Social Significance of Stupidity in Modern Life”, published in the Journal of Greek Lawyers (September 1941).

Lebezis stirred up the intelligentsia of his time by asserting the following: the vast majority of people are made up of fools who, however, have the necessary intelligence to realize their mental insufficiency. Therefore, they unite on the principle of minimum effort, forming cliques to resist stronger forces in the person of a few or one.

Their ignorance stems from the justified panic in which they are seized. And the evil lies in the fact that “a legion of idiots inevitably tends to the herd and to organizations of all kinds.” Therefore, he is irresistibly drawn to all kinds of evil anti-structuralist and grouping theories, from all kinds of interventionism to socialism and communism.

“A stupid minister,” notes Lebezis, “respected and revered by his employees and union members, which the cunning worker enjoys, are two opposite examples of the fact that stupidity has no class homeland.” However, there is consolation in the author’s remark that without idiots there would be no exploitation, and without exploitation there would be no civilization!

It should be noted that long before Lebesse, the stupidity of the masses was appreciated by Cardinal Mazarin (Prime Minister of Louis XIV of France), who formulated the rules for successful government much more realistically than Niccolo Machiavelli, known for his political cynicism.

“Give gifts, and those that are worth nothing, such as privileges and positions– advised Mazarin, – and if you can’t, make promises. Because a promise is a way to give nothing and pay off people with beautiful words. If you want the favor of the people, feed them with material goods, because that is what drives them the most, not honors or glory. Always be a defender of his virtues and do not resist what he likes.”

One might think that the political legacy of the famous French cardinal was studied and became a guide to political behavior for most of our politicians, and Alexis Tsipras remained out of work. Precisely because he not only handed out positions, privileges and promises, but also because, it turns out, he practiced theatricality, following the suggestion of Mazarin “do not reveal your true feelings to anyone, grimacing with your heart as well as with your face, with tones of voice as well as with wordsAn exemplary student of Mazarin, Alexis Tsipras, even if he did not read his biography, as I believe.