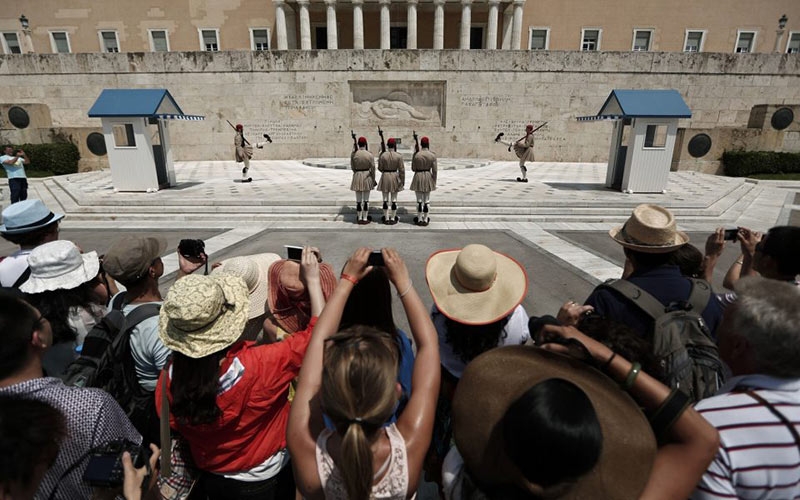 Tourism revenues in June this year surpassed 2019 levels and raised forecasts for a record year for the sector in terms of revenues.

Based on these data, it can be concluded that the average spending of each tourist per trip increased by about 15% in June. The increase is large and not just due to inflation, say tourism economists. It is expected that a similar and larger excess of receipts compared to 2019 will also be recorded in July and August. This is due to the fact that the arrival of passengers from abroad in July at 14 regional airports amounted to 5.127 million passengers, compared with 4.49 million in the corresponding month of 2019. These figures set a new record for arrivals at specific airports and represent an increase of around 13.9% compared to record levels in the same month of 2019.

The first half of August shows that the growth of inbound tourism is increasing: the number of arrivals in the southeastern islands of the Aegean Sea in the first 7 days of August increased by 17% compared to the same period in 2019. After these numbers, the market is now relatively confident that, barring a shocking contingency, inbound tourism revenue could reach €20bn this year, up from €18.2bn in 2019. However, based on data from the Bank of Greece for the entire first half of 2022, non-resident traveler arrivals and corresponding receipts are 84.9% and 94.7% of their respective levels in 2019.

This means that until June, the country has not yet overcome the backlog from 2019 caused by the first unsuccessful months of this year. However, the results shown for the last 3 months, including July, are encouraging.

In Italy and the UK, the most notable price increases are in the 3-star category, while in other countries such as Spain, Greece, Germany and France, this category continues to grow the most in 5-star hotels.

“In Italy, 3-, 4- and 5-star hotels increased their prices by 27%, 7% and 4%, and their inflation rate was 9.12%. The most significant increase in prices for Italian hotels is observed in the category of 3 stars”, – said in a message published by Mabrian.