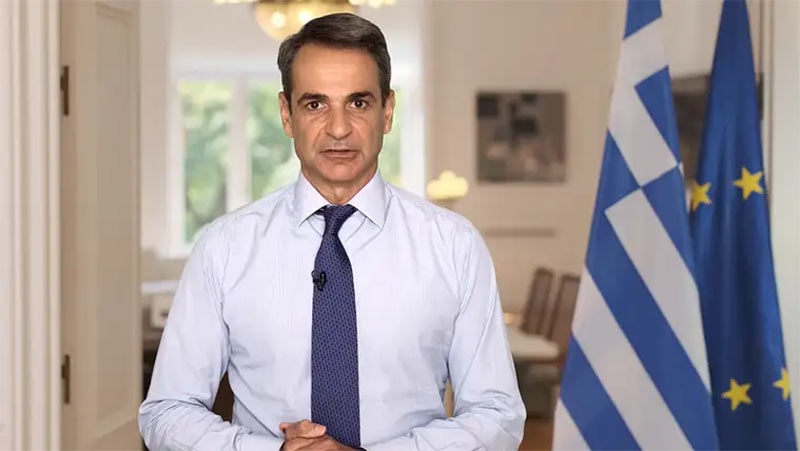 Cessation of control EU over spending by the Greek government after 12 years marks a “historic day,” Prime Minister Kyriakos Mitsotakis said while addressing the nation on Saturday morning.

“August 20, 2022 is a historic day for Greece and all Greeks as our country emerges from the enhanced surveillance system of the EU,” he said in a video message. “Now the country can count on a new, clean horizon… a horizon of development, unity and prosperity for all.”

“The 12-year cycle that brought pain to citizens is coming to an end. It has stagnated the economy and divided society,” he added, stating that the memos introduced “unbearable taxes, cuts in wages and pensions, banking controls and mortgaging of public property, lowering the level of national defense, public education and health care, and marginalization of Greece’s position in Europe and the world.

He said that a number of “wounds” that opened up in society during 12 years of surveillance now belong to the past, defining them as “fanaticism, fires, violence”, “blind undermining of institutions”, “lies that arose in city squares” and ” Poison of the Golden Dawn.

In a sharp critique of the main opposition to SYRIZA, which was in power from 2015 to 2019, he noted: “Four years of demagogy followed, which cost our country 100 billion euros and pushed it to the abyss.”

Speaking about his own period in power, he said: “These three years in practice represent a response to the lessons of the last 12 years. They point the way so that we never, ever go back to what we’ve been through.”

The European Commission, which oversees the budgets of 27 EU member states, said on Wednesday it would end its “intensified oversight” program on August 20, noting that “Greece has fulfilled most of the political commitments” it has made to its eurozone partners.

State broadcaster ERT later reported that “enhanced surveillance” was ending and “normal surveillance” was beginning until Greece repaid 75% of loans issued by European partners, which, judging by the situation, is a matter of the future.

PS Who is addressing the Greek people at 10 am on a Saturday in August? The same prime minister who feels compelled to attack the main opposition party wherever he stands or sits. If not for SYRIZA, the New Democracy would have had to invent it…

PPS Prosperity with 12% inflation, 800% rise in electricity prices and public debt of 204% of GDP…