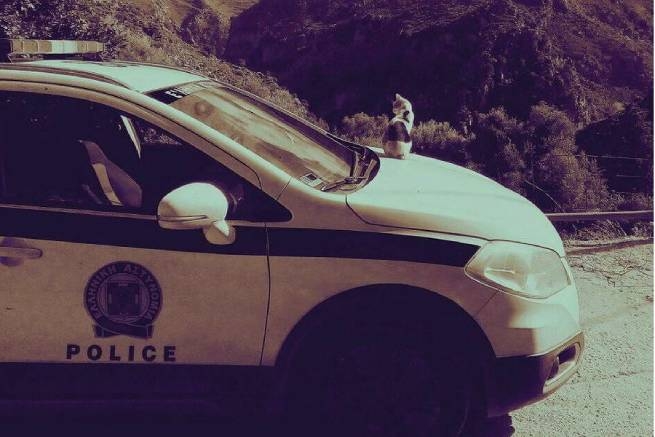 An unprecedented incident in Crete with German tourists, a large-scale police operation to apprehend the perpetrators.

It all started, it would seem, from a trifle, the attacked tourists from Germany say. Negotiations after a little exposure of the 4×4 to the back of the rental car turned into a real thriller for the three brothers and their father from Germany. First came an unprovoked and aggressive attack on Chris, one of the brothers. And then a knife was born, the blade length of which reached 20-25 cm.

The family managed to leave to avoid danger. However, the pickup driver chased them to the center of Panormos, then reversed and climbed onto the roof of the tourist’s rented car in an apparent attempt to crush them. Only the intervention of others saved them from this aggression, and they were able to call the police.

But law enforcement officers at first did not respond to their complaint and did not rush to the scene of the incident. The victims arrived at their hotel in a broken car, and only there they were caught by a call from the police. Tourists from Germany, vacationing in Crete for the third time, demand the immediate arrest of those responsible for the attack on them in Perama Mylopotamos on Friday morning.

They are afraid to leave the hotel in Skaleta (Rethymno) while the brawler is on the loose, and are waiting for encouraging news from the police. Takis Theodorikakos and Vassilis Kikilias have been informed about the incident. The Minister for the Protection of Citizens ordered the immediate mobilization of the police authorities of Crete to identify those responsible for the wild chase and attack on the family of German tourists in Rethymno.

The Minister of Civil Defense on Sunday afternoon contacted the local authorities to obtain full details of the unprecedented case. Tourism Minister Vassilis Kikilias remains in touch to keep up to date with developments related to German tourists in Crete.

Ms Gandaki, the German consul in Crete, expressed surprise that she has not yet received official information from the Mylopotamos police station, although she sent a request on Saturday.

The incident angered businessmen in the industry. They say it’s unthinkable: a small group of people are hurting tourism in Crete. They note that this is not the first time that unprovoked attacks on tourists have created serious problems. newsbeast.gr.