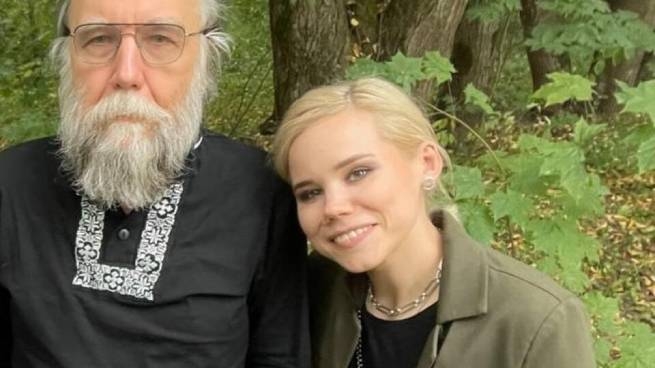 The death of the only daughter of the ideologist of the anti-Western course, Alexander Dugin, caused a huge resonance. However, it has become only a “link” in a whole chain of recent events and is quite capable of influencing both the course of the war in Ukraine and the development of events in Russia itself.

As expected, the version of the “Ukrainian trace” instantly became dominant. Which was also instantly refuted in the office of the Ukrainian president. Mikhail Podolyak, adviser to the head of state, called the murder of Darya Dugina the result of “the struggle of various political groups in Russia” in order to increase “ideological information pressure on Russian society” against Ukraine and so that “the internal ideological space in Russia itself becomes even more ultra-radical.”

Here it is worth paying attention to the fact that a few hours before the death of his daughter, Alexander Dugin, who is called the “ideologist of the Russian world”, wrote a devastating post in his telegram channel, criticizing the actions of the Russian authorities. After the tragic incident and against the backdrop of explosions on the Crimean peninsula, it is perceived even more clearly. However, judge for yourself, we offer the full text of his message without cuts:

“I believe that the status quo regime in Russia can theoretically last no longer than 6 months. The desperate resistance of the Atlanto-Nazi regime in Kyiv demands from Russia significant – cardinal – internal transformations. Structural, ideological, personnel, institutional, strategic. That which is acceptable without SVO is unacceptable under the conditions of SVO — and especially a long SVO that is not going to end.

Increasing attacks on Crimea, attempts to arrange a nuclear explosion in Zaporozhye, declarations of a counter-offensive on Kherson, Zelensky’s firm refusal to compromise, the West’s persistence in cutting off all ties with Russia – all these are signs that they decided to stand on the other end to the end . They can be understood: Russia actually (and this is not propaganda) challenged the West as a civilization.

So we have to go all the way. The Supreme Commander-in-Chief said: we haven’t really started anything yet. Now we have to start. Whether you like it or not, you have to. For the first 6 months we were able – and this is a fact – to conduct the NWO without fundamentally changing anything in Russia itself. So far, the changes are cosmetic, and even completely inappropriate and useless elections have been decided to be held according to the schedule. As if nothing is happening. But it’s actually happening.

The maximum comfort mode (adjusted for emergency conditions) and the preservation of the old system – “war through a dream” – will have to be canceled at some point. It seems to me that with the beginning of autumn, this awareness of the need to transfer the country to a new track will be quite clear. It will take another six months to realize the “irreversibility of the irreversible” and the inertial continuation of the old. And there is not far and February 24, 2023.

I can understand that the authorities have been used to ruling the way they rule – more or less effectively – for 22 years. But that period is in the past. SVO has already changed everything. Now the question is not whether the government wants or does not want change. And it is precisely patriotic – conservative-revolutionary, if you like. Such changes are simply inevitable – even if you stand to death against their beginning, it will be possible to delay it for no more than six months. And then they will come anyway.

SVO is now more important than power – in its subjective dimension. With the beginning of the SVO, the regime of history itself changed irreversibly: a new ontological vector appeared that cannot be dissolved by arbitrariness or decree. The mighty forces of history have come into play, the tectonic plates have shifted. Let the old regime bury its dead. A new Russian time is coming. Relentlessly.”

In unison with this statement by Alexander Dugin, there is also a reaction to the death of Daria by Russian telegram channels and bloggers who support the “special operation” and unequivocally blame Ukraine for the death of the girl – they call for “going to the end.” Explosions in the Crimea and strikes against objects on the territory of the Russian Federation are commented in a similar way.

But what is interesting in this situation. Firstly, every message about another explosion in Crimea begins to be distributed by the Russian media, and not by the Ukrainian ones. Secondly, the news is instantly picked up by numerous resources, strenuously sowing panic and anxiety among the supporters of the special operation, accompanied by an indispensable call: “it’s time to stop waging a“ war through a dream ”. Thirdly, in addition to real explosions, fake ones are also covered, increasing the threat. And all this looks, at least, strange.

Or maybe everything, in fact, is quite logical? And this is a banal preparation for some tough decisions on the part of Russia? At the same time, decisions can be made not only in relation to Ukraine, but also within the country. Another quite possible option is a kind of pressure on the Russian government and specifically on the president, who are in no hurry to take too active actions.

The biggest war since 1945 is raging in Europe. And yet it is not called a war – it is a “special operation.” And inside Russia, it is practically not felt – the usual peaceful life continues, and even the upcoming elections on September 11 will be held as usual. Why, even the World Tank Biathlon Championship 2022, as part of the VII International Army Games, is on schedule.

Probably such tactics of the Kremlin leads to the “necessary” results. Most of the country’s citizens are watching the war in Ukraine like an exciting football match – commenting, but not taking part. “Play”, that is, they fight, only those who are paid money for this. And no one is forcing the spectators of the action to “go out to play on the field”. That is, there is such a “like a war”, the formula of which is criticized by far more than Dugin.

There is also, for example, the notorious Girkin-Strelkov, who is actively calling for “already to start fighting for real, for example, to announce mobilization.” He regularly harshly criticizes the actions of the Russian command and the authorities in general. But he lives quietly in the country, not hiding and not “going underground”, where, according to the law on “discrediting the Russian army,” citizens are sentenced even for writing the word “special operation” in quotation marks. Why do you think he is still free? It’s simple: at least part of the Kremlin elite considers his opinion and statements useful. Is Putin of the same opinion? Let’s leave the question mark here for now.

It is difficult to suspect the liberalism of the Russian president; he has repeatedly used the topic of all kinds of threats to tighten the screws. However, the concept of “like a war” criticized by Dugin and Girkin gives Putin a certain freedom of maneuver: the opportunity to end the “special operation” at any time, declaring any result a victory. And this will not threaten any political damage to him and the system of power.

At the same time, the dissatisfaction of the Russian society with such a step is unlikely to follow. The latest polls show that roughly the same number of Russian citizens (about 60%) would support both the intensification of the war and the president’s decision to stop it. And if “profits” are presented as a victorious conclusion to it – in the form of new Russian territories or the neutral status of Ukraine – then there will be no questions from the society even more so.

It is this factor, for the time being, that keeps Putin from transferring the country to a “military track”, for example, from declaring mobilization. After all, such decisions can cause an ambiguous reaction in society. Nevertheless, the campaign under the slogans: “you need to go to the end, fight for real, change the system of power and internal order to the needs of wartime” is unfolding more and more actively.

Alexander Dugin once wrote that Putin is a person who does everything “by 90 degrees”. I meant half. There are many examples: after Yeltsin, he did away with liberalism in domestic politics, but partially retained it in the economy. Or he annexed Crimea and created the “LDNR”, but he stopped there. Dugin’s definition is confirmed even now – Putin started a war with Ukraine, but shyly called it a “special operation” and still, after six months, has not transferred his country “on a military footing.”

And this is where the main question arises: is the current campaign for “total war to a victorious end” sanctioned by Putin himself in order to prepare Russians for the coming harsh times. Or is it an attempt by certain forces to induce Putin to overcome the next stage and still “turn” to 180 degrees.

And it is not yet clear whose arguments will outweigh. The current concept of the Kremlin, as we already know, does not involve “total war”. The plans, rather, are the unhurried continuation of the “special operation” in the current format. In the expectation that at some point a situation will inevitably arise in which the results of the “special operation” can be recorded at least at the level of a truce, and possibly even some kind of major agreement. That’s when it will be possible to announce its “victorious completion”.

But still, the authorities will have to respond to the explosions in the Crimea and loud demands to “start fighting for real.” You can be practically sure that no mobilizations will be announced this time either. But there are other methods of response that can change the situation: tightening the screws in domestic politics, statements about launching missile strikes “on decision-making centers”, further strengthening the control of special services, the newspaper notes. “Country”.