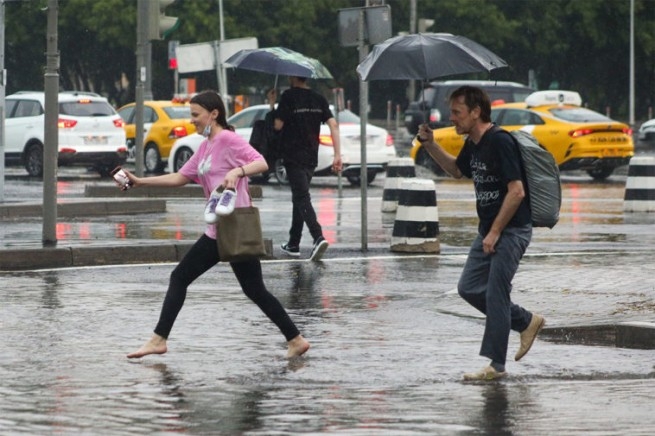 Drop in temperature and heat again – meteorologists predict the weather for ten days based on available data.

Since noon last Saturday, the gradual retreat of the heat began. Meteorologist Sakis Arnautoglu warns that local rains will occur in some areas on Sunday. From Monday, unstable weather conditions will be observed throughout the country, accompanied by rain and thunderstorms, and the thermometer will drop to rise again by the end of the month.

As Mr. Arnautoglu notes, “After a particularly erratic weather next week and a drop in temperatures, there will be signs of sufficient heat again by the end of the month, it will last for several days.” He says that there are all signs of this, but reassures: nothing extreme.

In conversation with CNN Greece Konstantinos Lagouvardos, director of research at the National Observatory of Athens, says temperatures will drop by at least 6 degrees from Sunday and return to seasonally normal levels. Next week will be quite cool and unstable – with rain and storms. At the same time, Attica will be among the areas that will be affected by this instability. Mr. Laguvardos elaborates:

“Sunday will be the biggest pullback since Monday and temperatures will be at normal levels for the season for several days. By Monday, it will drop by at least six degrees. But heavy rains will begin, they will affect mainland Greece and Attica.

On Sunday 08/21/2022, the air temperature will noticeably drop throughout the country and return to values ​​close to normal for the season (in most regions, its maximum value is 32-35°C). The weather in northern Greece and especially in Macedonia will be unstable.