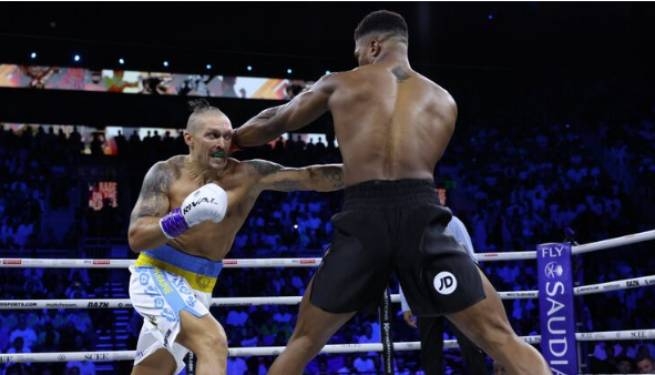 In a rematch, Oleksandr Usyk defeated Joshua to retain the heavyweight titles.

In Saudi Arabia, in Jeddah, a boxing evening was held, in the main battle of which the holder of the WBA Super, IBF, WBO and IBO heavyweight title, 35-year-old Ukrainian Oleksandr Usyk, and former world champion 32-year-old Briton Anthony Joshua met.

The meeting lasted 12 rounds and ended with the victory of the Ukrainian boxer by a separate decision of the judges: 113-115, 115-113, 116-112. Thus, Usyk retained the WBA Super, IBF, WBO and IBO heavyweight championship belts.

This, informs “Championship”, was a rematch of eminent boxers. In September last year, the first duel between them took place in the UK, in which, by unanimous decision of the judges, Oleksandr Usyk won.

In his final speech, the boxer spoke about a possible fight with Tyson Fury:

“He hasn’t retired, he wants to box. I will either box with Tyson Fury or I won’t box at all. Only God knows if I will become a champion or not. Thank God for everything. I want to thank everyone who prayed for me. Thank you God for help, he gave me a lot of it. I dedicate the victory to Ukraine, the Armed Forces of Ukraine, to everyone who defends the country.”