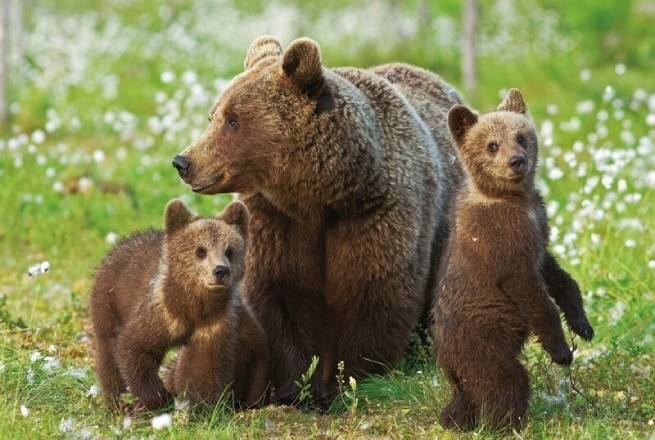 In the northwest of Greece this year there has been a series of killings of brown bears. And not just anywhere, but in a protected area.

Since the beginning of this year, four brown bears have been killed in Western Macedonia, three of them during the last month. These animals are listed in the Red Book, and all incidents occurred on the territory of Natura 2000, a protected area. Panos Stefanou, spokesman for the Bear Advocate Association, said:

“By publicizing these murders and putting pressure on the authorities, we expect to put an end to these crimes. It is good that such acts no longer go unpunished, and the perpetrators who committed these criminal acts against animals protected by the laws of Greece and the European Union stop doing this. Everyone should know that such acts will not go unpunished.”

Animal protection organization Arcturos suggested the motives for the scandalous murders of clubfoot:

“We do not believe that they do this out of fear, as such. Perhaps bears are killed as a preventive measure to prevent a threat to their livestock. But this is even more disturbing and outrageous.”

According to Arcturos, among the killed animals is a young mother bear, who, most likely, left her cubs. Commenting on the tragic incident, Deputy Minister of Environment and Energy Giorgi Amiras assuredthat the Ministry is providing the police with all necessary assistance in the investigation. On behalf of his department, he announced close cooperation with Arcturos and promised to do everything possible to protect the population of wild animals.

The Arcturos organization, in cooperation with other Greek and international organizations, is implementing a project to create bear migration corridors. It is being developed by the Dutch NGO Rewilding Europe. The project is aimed at restoring the number of brown bears and, in addition to Greece, is also being implemented in central Italy.

Earlier, our publication told how “Αρκτούρος” organized a rescue operation for the sake of little teddy bearleft alone on Egnatius Odos. The kid lost his mother when she crossed to the opposite side of the road through the underpass.